September 5 2017 was a very memorable day for our passengers with Puget Sound Express!  A transient superpod swam into Puget Sound from Admiralty Inlet!  The pods included the T137s, T36Bs, T99s, T36, and T37A1!  They were grouped up together very tightly, as if they were sleeping, to start things off.  After about 20 minutes we noticed a nuclear submarine coming in from the Strait of Juan de Fuca, with its various escorts.   As the submarine approached the killer whales from behind they woke up and started getting very active.  We witnessed several breaches and tailslaps from the animals as the submarine approached and passed by.  One of the frequent breachers was T37A1, who is a 10 year old killer whale that does not travel with its birth pod anymore.  This is a rarity among killer whales!  Puget Sound Express naturalist, Bart Rulon 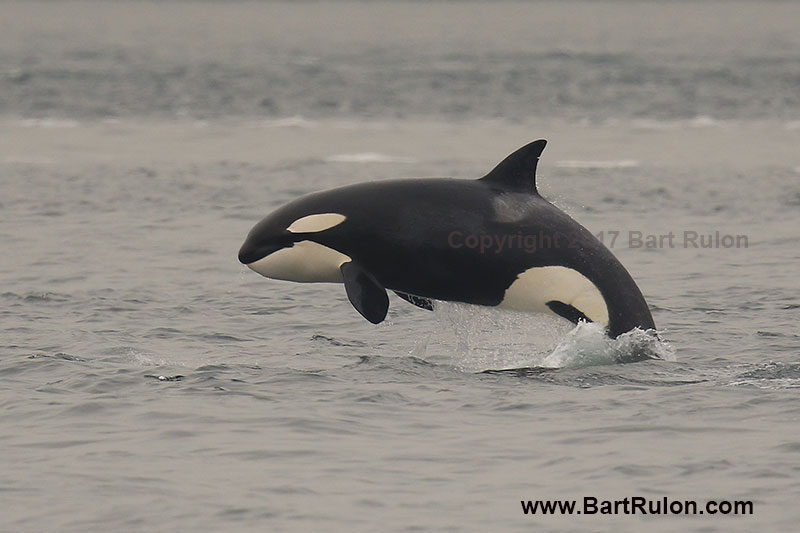 T37A1 breaches over and over as a submarine passes by!