We encountered the transient superpod again off Possession Point on our afternoon trip for Chilkat Express on September 5.  They were very spread out this time, but it didn’t take long before things got really exciting.  The T137s, T99s, T36Bs, T36, and T37A1 were aiming southward toward Kingston and Edmonds when all of a sudden they turned around and started porpoising (speed swimming) toward Possession Point!  The chase was on!  As we kept our eyes on 4 of them racing north another few whales, to the east of us, busted into a bait ball!  75 -100 gulls all shot into flight at the same time to avoid them.  Chases were going on in all directions, and T137A, a big 15 year old male who was the farthest away and swimming by himself at the time, burst out of the air 5 times in a row, for some very impressive breaches!!  It took us a while to realize that these killer whales were hunting common murres.  The murres were scurrying around at the surface trying to get away, and the transients were exploding out of the water attempting to catch them, or slapping them with their tail flukes to stun them! It was a truly remarkable experience!  No common murre within 400 hundred yards was safe.  The anxious birds were frequently plunging their heads into the water over and over to try to spot any black and white torpedoes shooting toward them!  Puget Sound Naturalist, Bart Rulon 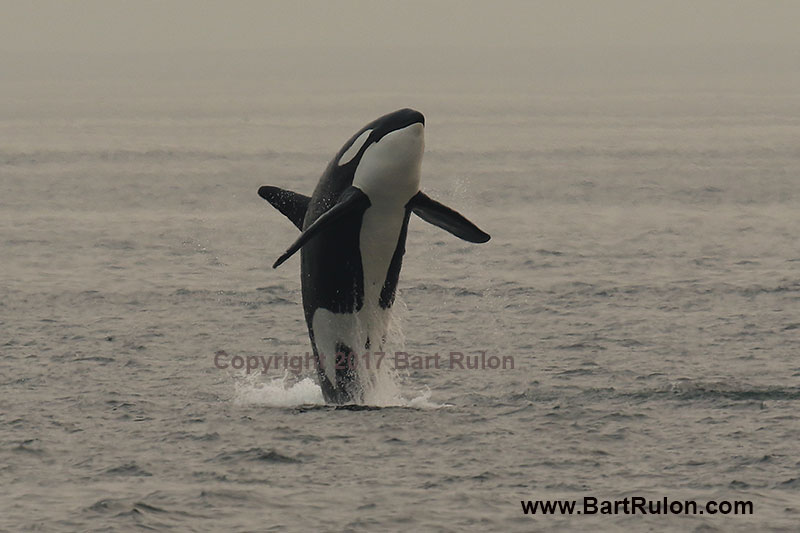 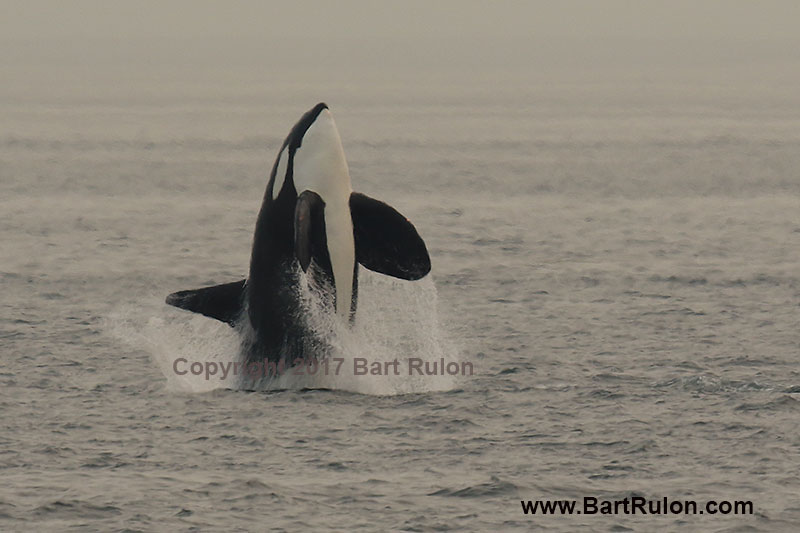 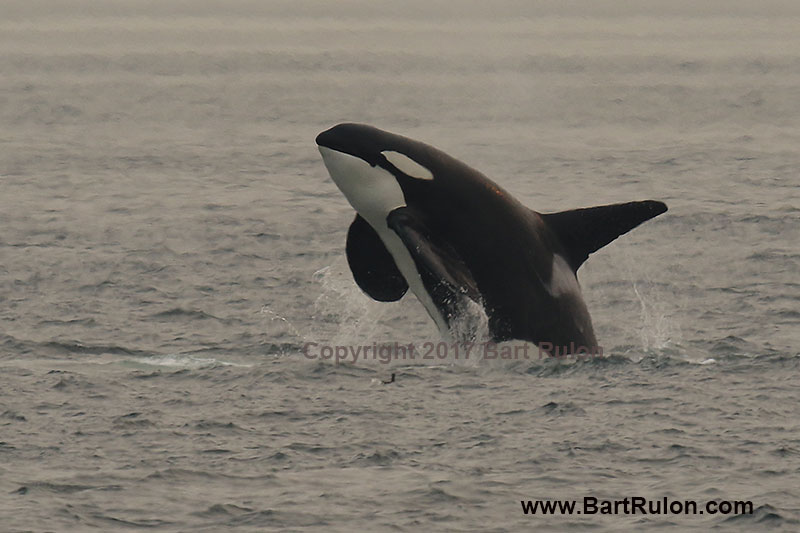 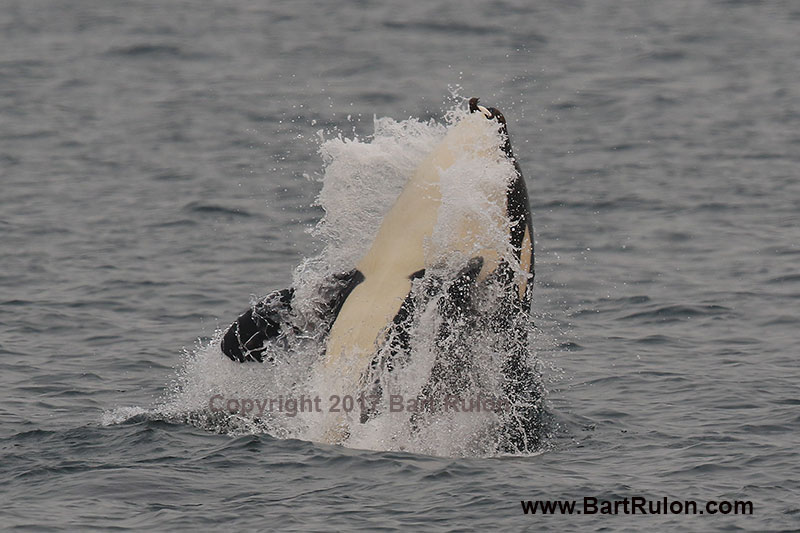 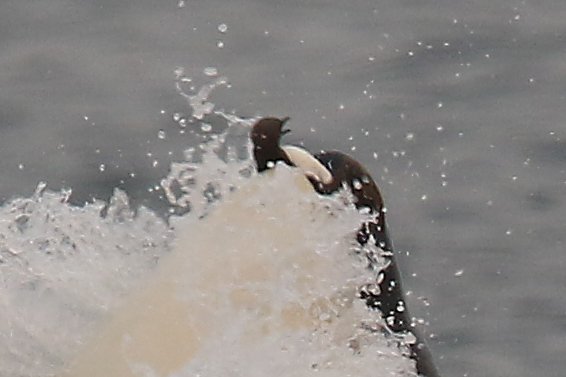 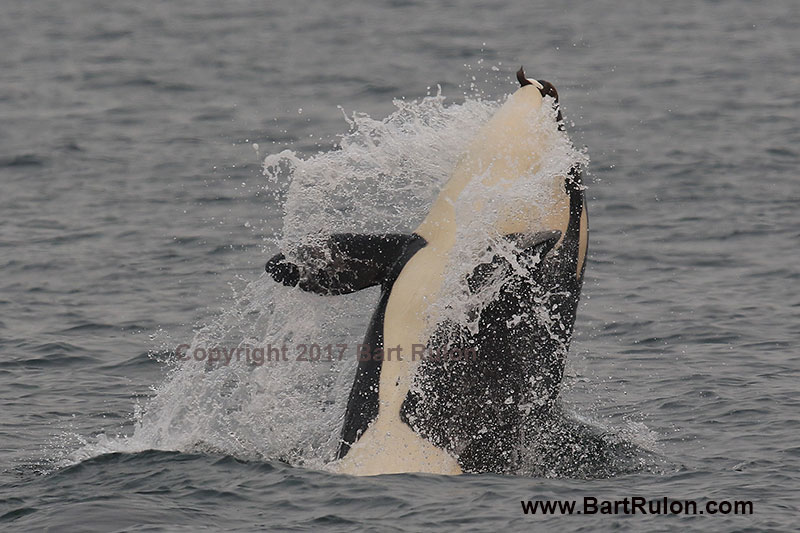 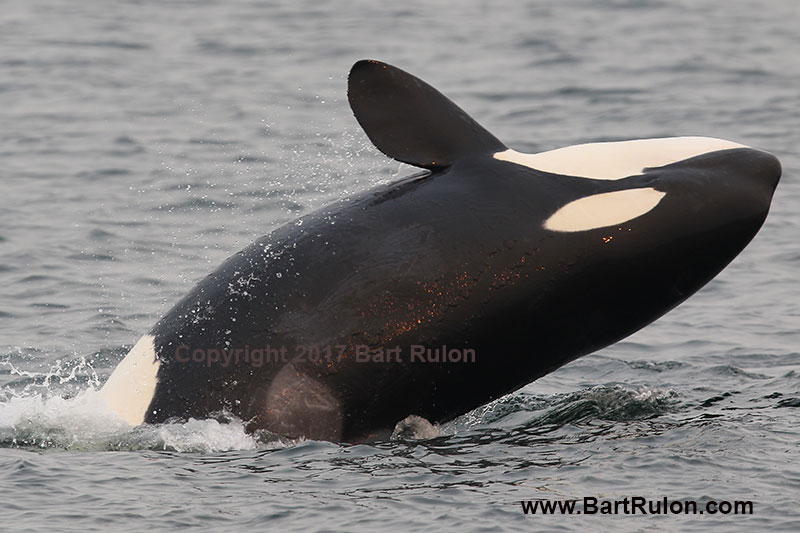 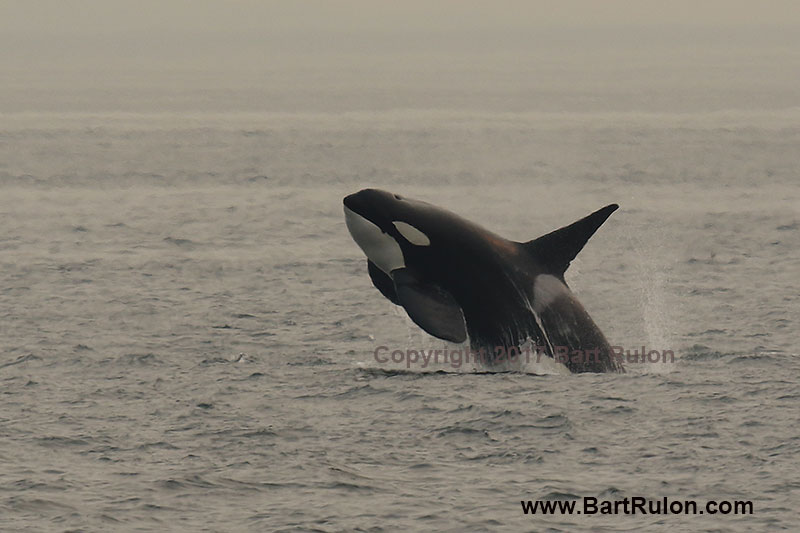