Over the last two weeks we have seen a lot of the T100B pod traveling with T87 in Puget Sound.  These 4 killer whales have been traveling back and forth daily and seem to be finding lots of food to eat along the way.  Here are some photographs from one of the most active encounters we’ve had with them on October 10 2017.

On that day one of our naturalist’s, Christopher Lewman, spotted the killer whales within 20 minutes of us leaving the dock in Edmonds on Chilkat Express, and they were hunting a harbor seal at the time.  After catching and eating their meal we witnessed something that I’ve rarely seen in 17 years of being a naturalist.  T87, one of the oldest male killer whales we see (estimated birth year of 1962), spent the entire time swimming close by and playing with T100B1, who is 7 years old.  Just the day before on one of our whale watching trips fellow naturalist, Renee Beitzel and I were able to determine that T100B1 was a boy, when he came flying out of the water upside down showing a boy’s anatomy!  We usually don’t know the sex of a young whale unless we can get a look at its underside to confirm it.  It is not unusual for young males to hang out with older males, but what was so rare is to see them play around with each other for so long!  We felt really lucky to witness what seemed to be some very intimate bonding between these two males of very different ages!  Is it possible that T100B1 might be the son of T87?  Its just a thought.  Naturalist, Bart Rulon 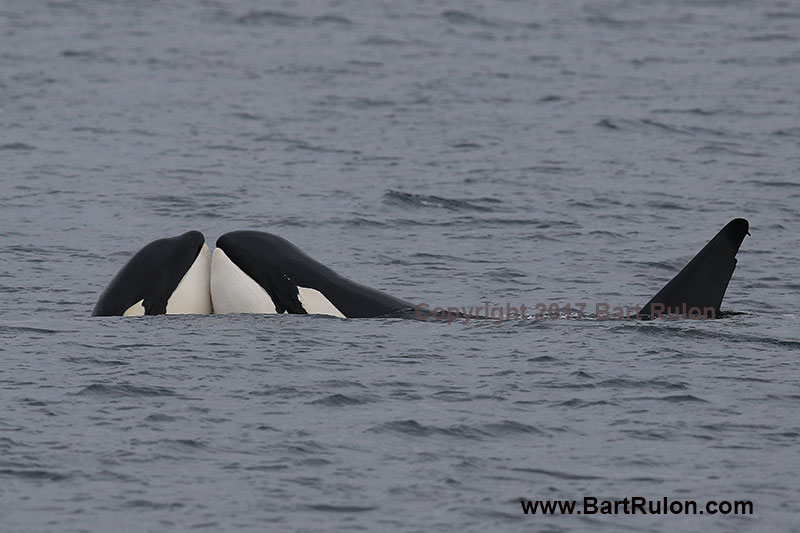 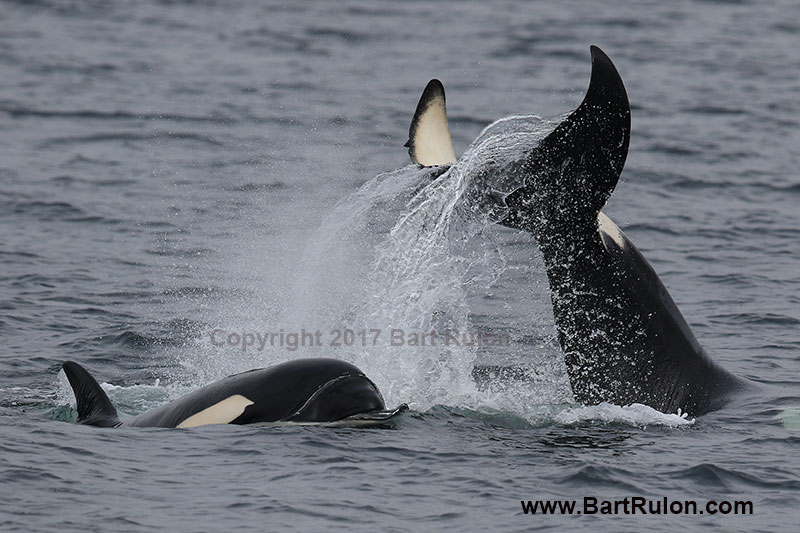 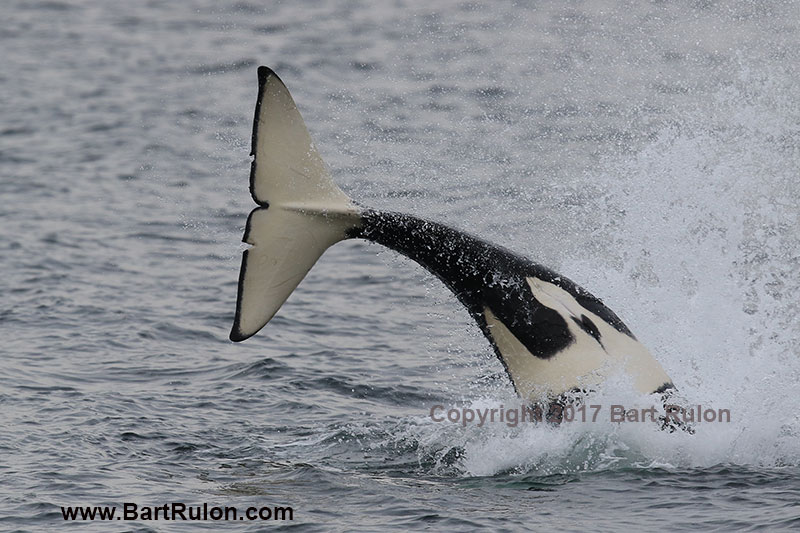 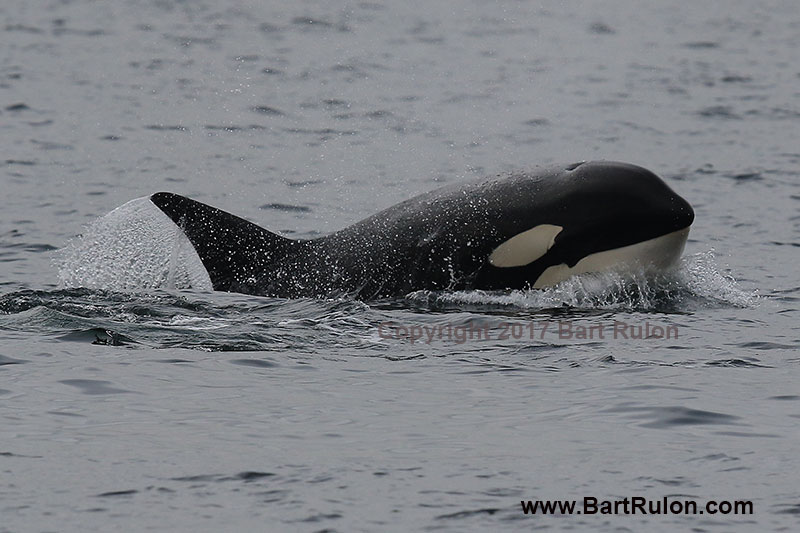 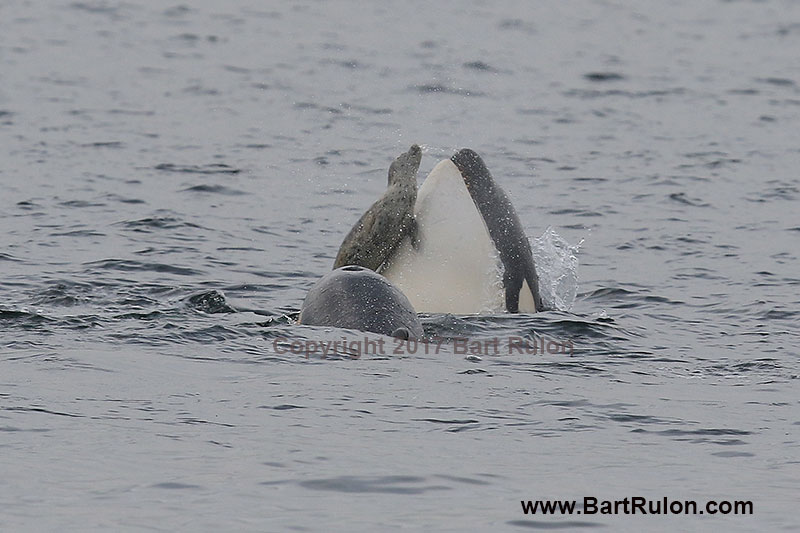