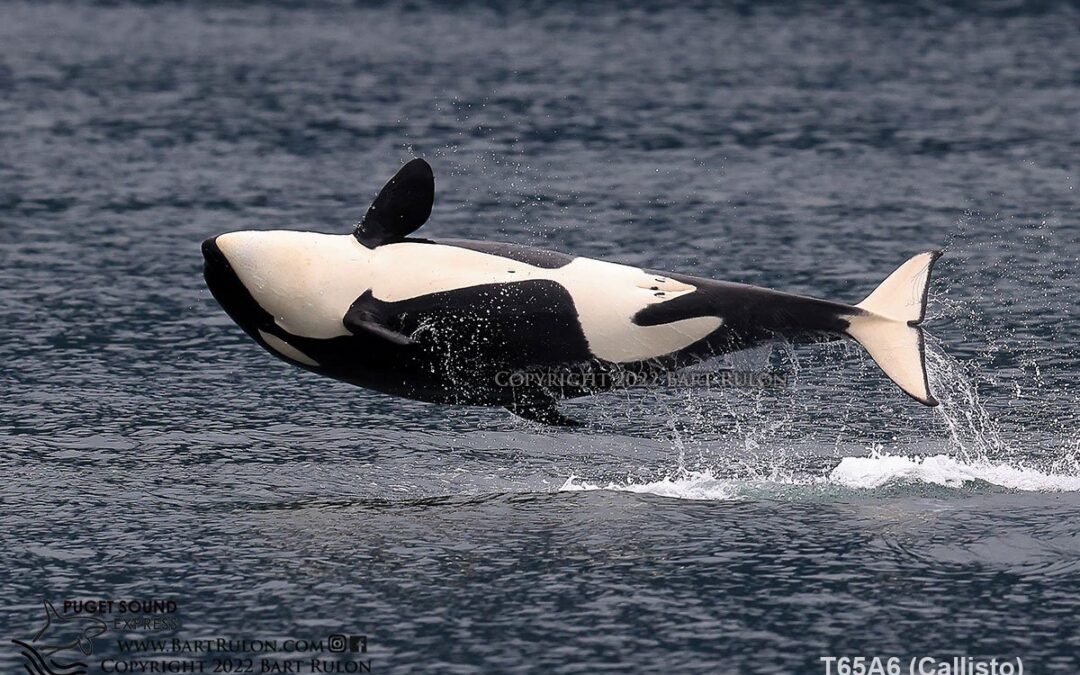 We’ve seen a lot of the T77 pod traveling with the T65A pod so far this summer, and they spent several days in Hood Canal recently. The T65As are one of the few pods that regularly hunts in Hood Canal. Other pods have spent time in Hood Canal in the past but not as consistently over time as the 65As. Inside Hood Canal one of their favorite hunting spots is Dabob Bay. Almost every time we find them in Dabob Bay they are hunting, and eventually eating something.

July 15 was one of those typical days. We saw them hunt and catch a harbor seal during our morning trips up there, and then when we found them again in the afternoon, they went on the hunt again. When we arrived, they were traveling close together but after a few sudden changes of direction it was obvious they found some prey. The slow speed of their pursuit indicated it was probably a harbor seal, and sure enough, before too long a seal popped out of the water in the middle of the orcas. Sometimes a seal hunt goes by very quickly, like in the morning, but other times they take their sweet-ole time.

This occasion appeared to be a training moment where they let some of the younger family members do some of the work. Four or five times we saw one orca or another chomp down on the seal, but then they would let it go under the water. It’s hard to imagine how terrifying it must have been to be that seal, but this is critical part of how these killer whales train their young ones to hunt for themselves.

A funny side note of all this was that T65A2 (Ooxjaa) and T77C (Alcyon), both teenage boys, were not paying any attention to the hunt at all. They were rolling around with each other off to the side, having a little bromance, the entire time we watched the seal drama. Eventually the seal met its demise, and the meal began. The playful celebrations we witnessed during the hunt and afterward were pretty special so we wanted to share some of them with you. 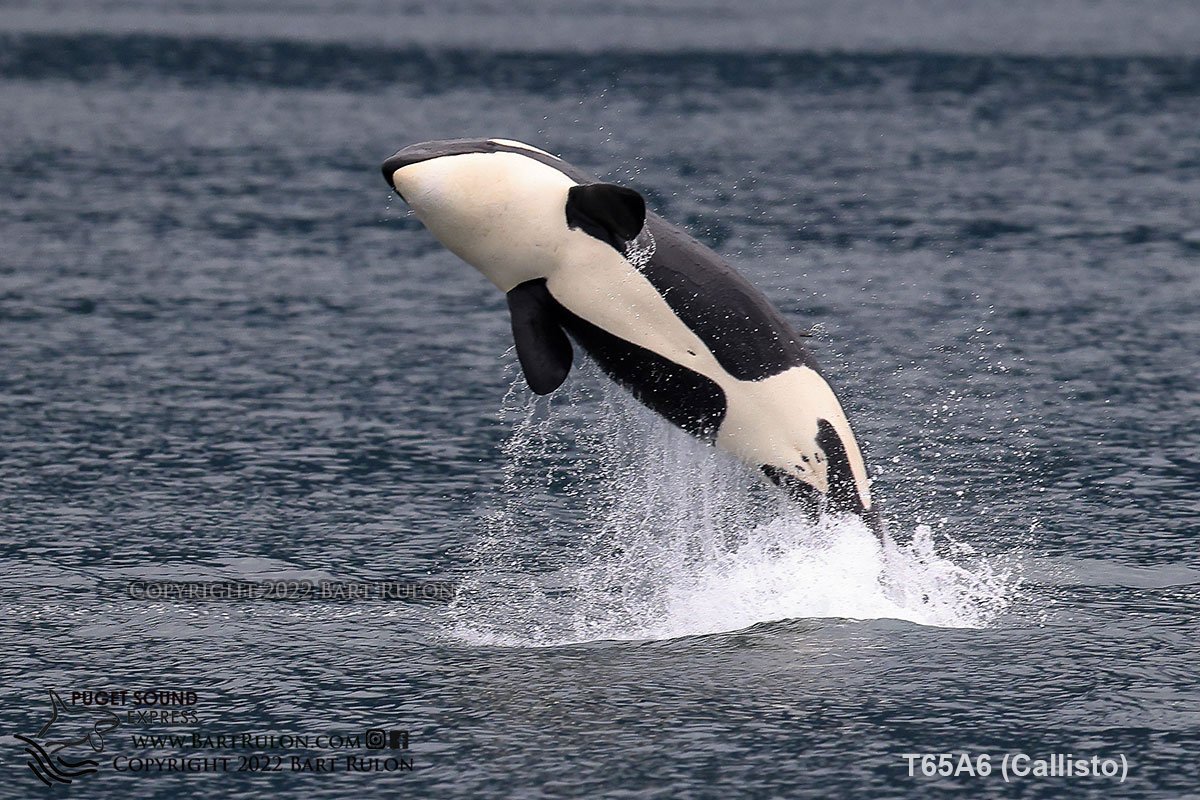 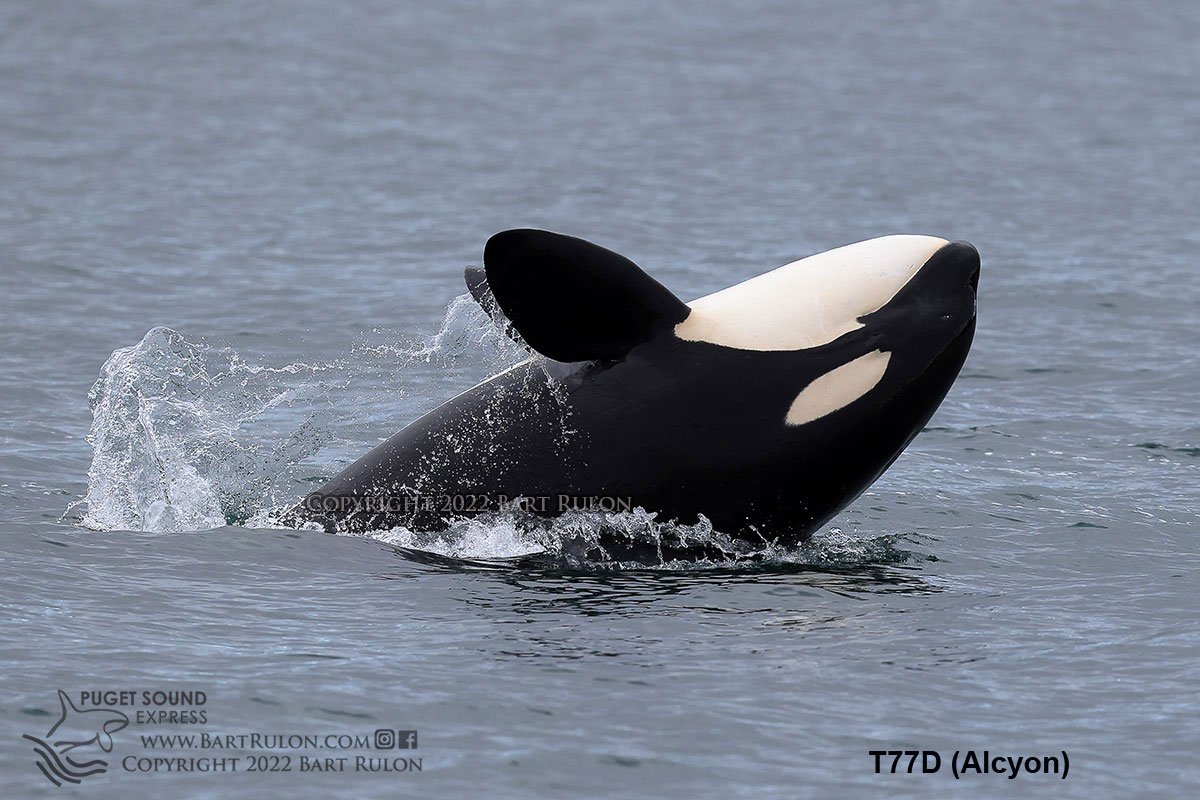 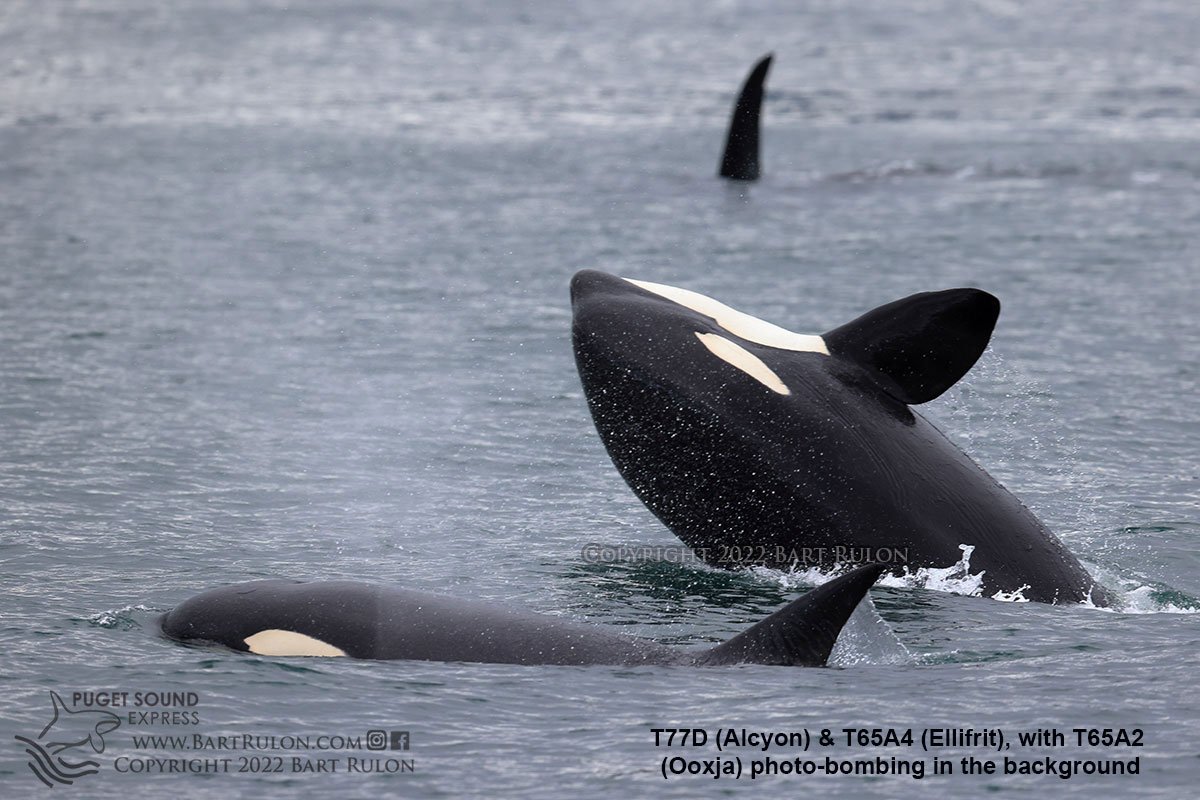 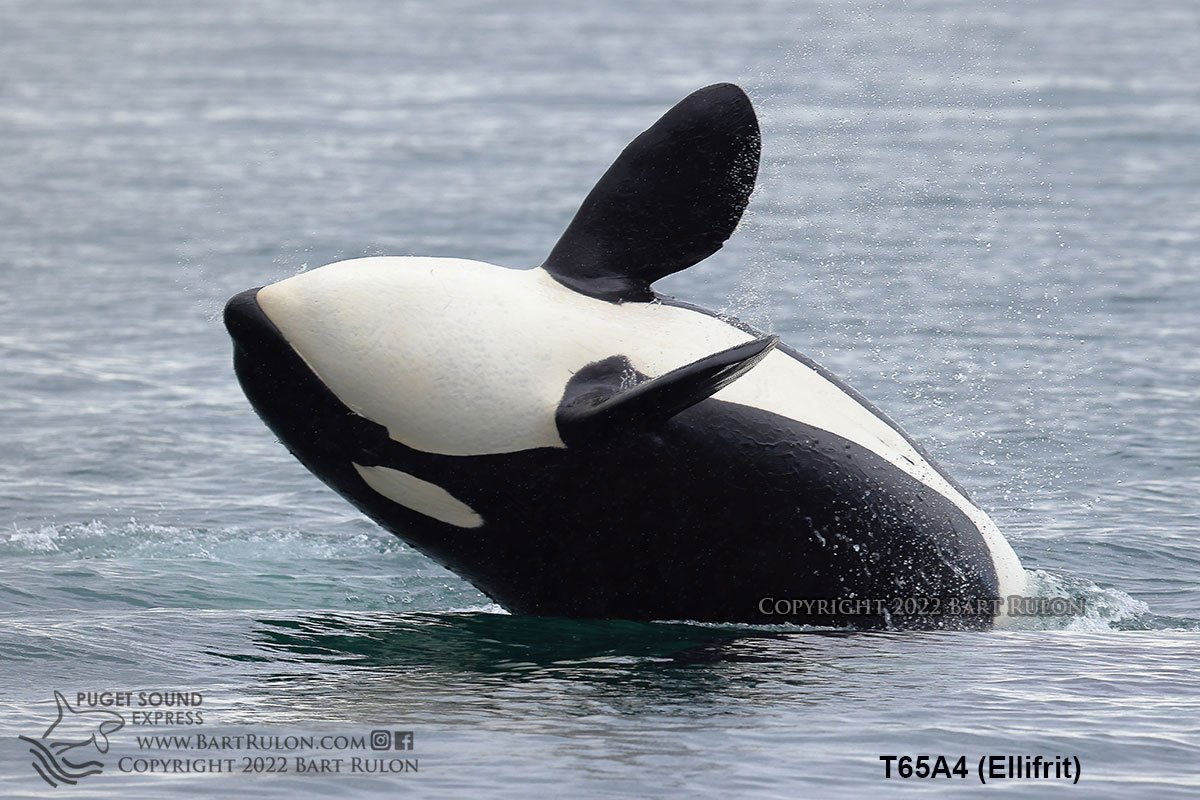