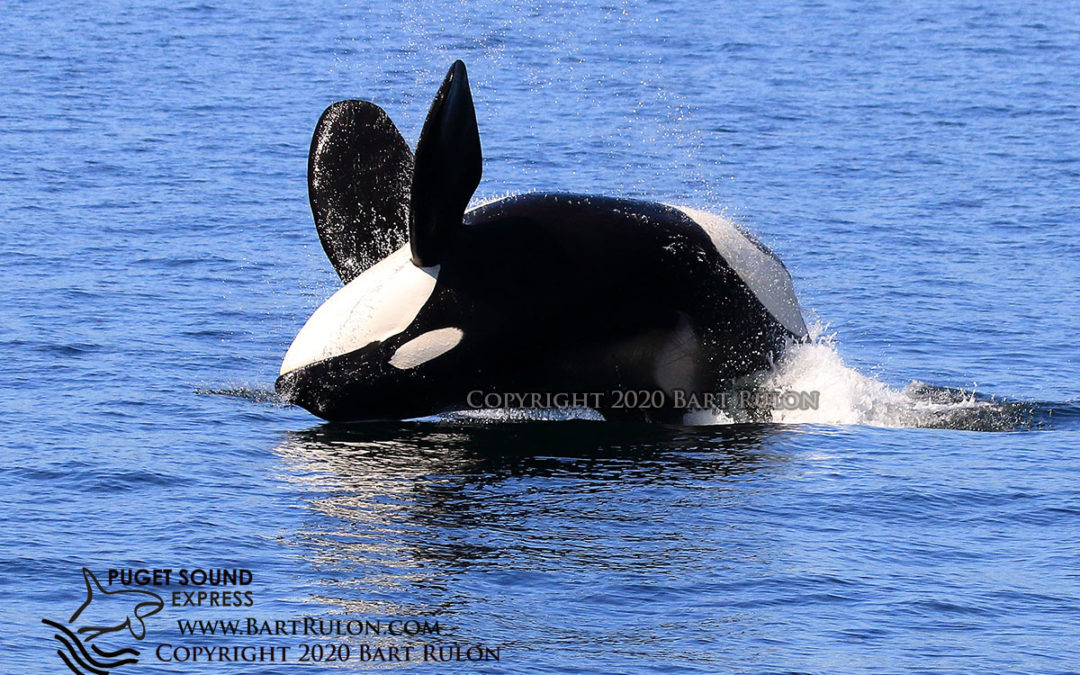 We sure had a fantastic experience with the T46 pod in Puget Sound yesterday!  We watched the pod swimming at a slow and steady pace for a while as they spread out across the water looking for prey.  Suddenly T46E, a huge 17 year old male, came flying out of the water in the opposite direction from his family!  That chase was on, and the rest of the family swam in quickly to help!  It only took half a minute before we could see their target, a harbor porpoise, trying desperately to get away from them.  During the hunt I took photos of T46E taking a big “swing and a miss” at the porpoise with his pectoral fin (see the 3 photo sequence at the end).  During all of this action T46D, who often lags behind and seems to go by his own agenda, didn’t even seem interested at first until he swam over towards us and started breaching, perhaps in anticipation of his next meal!  We saw 6-7 breaches in all by this 20 year old!  As always, these photos are available for purchase through Bart Rulon. 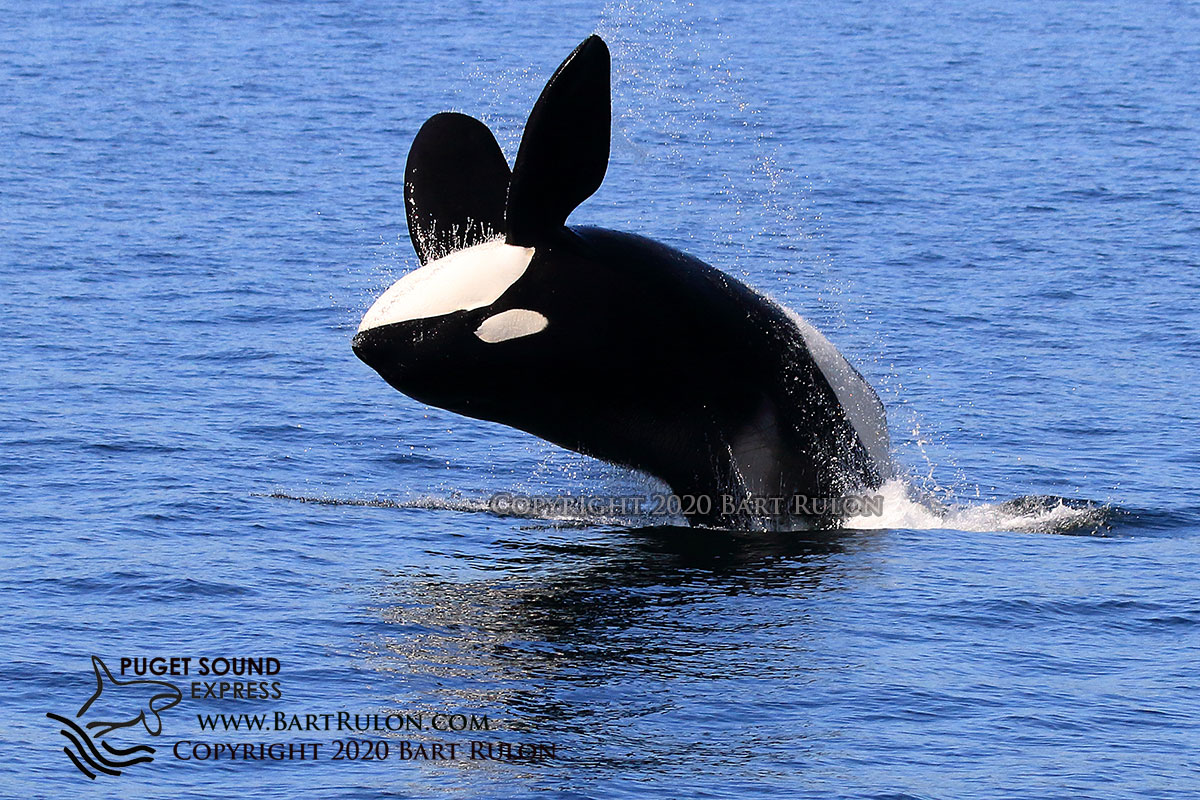 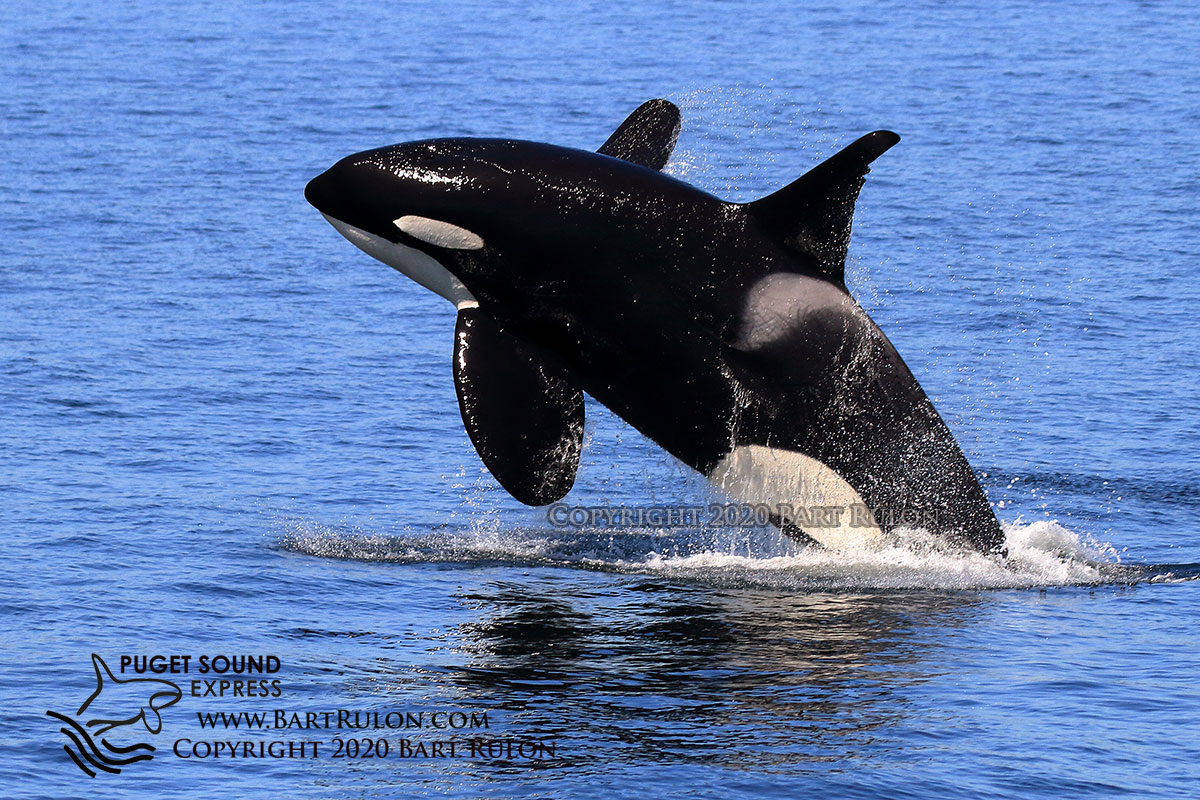 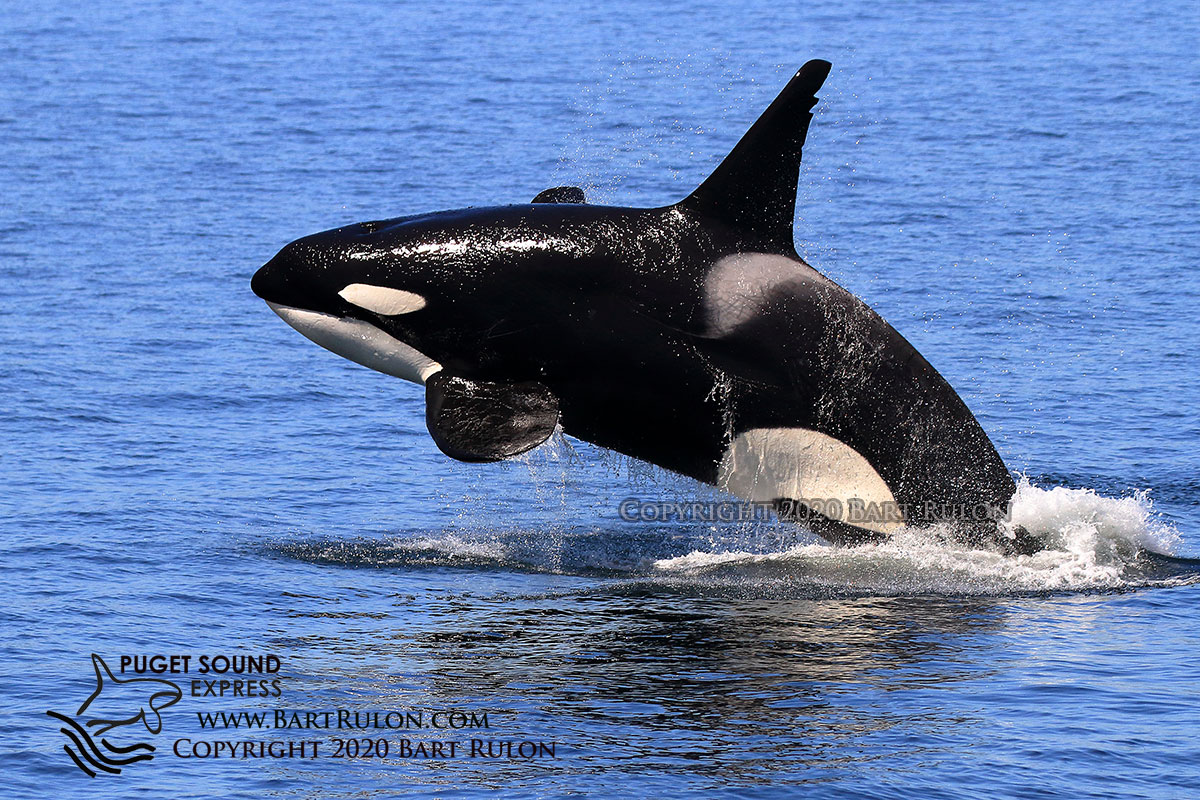 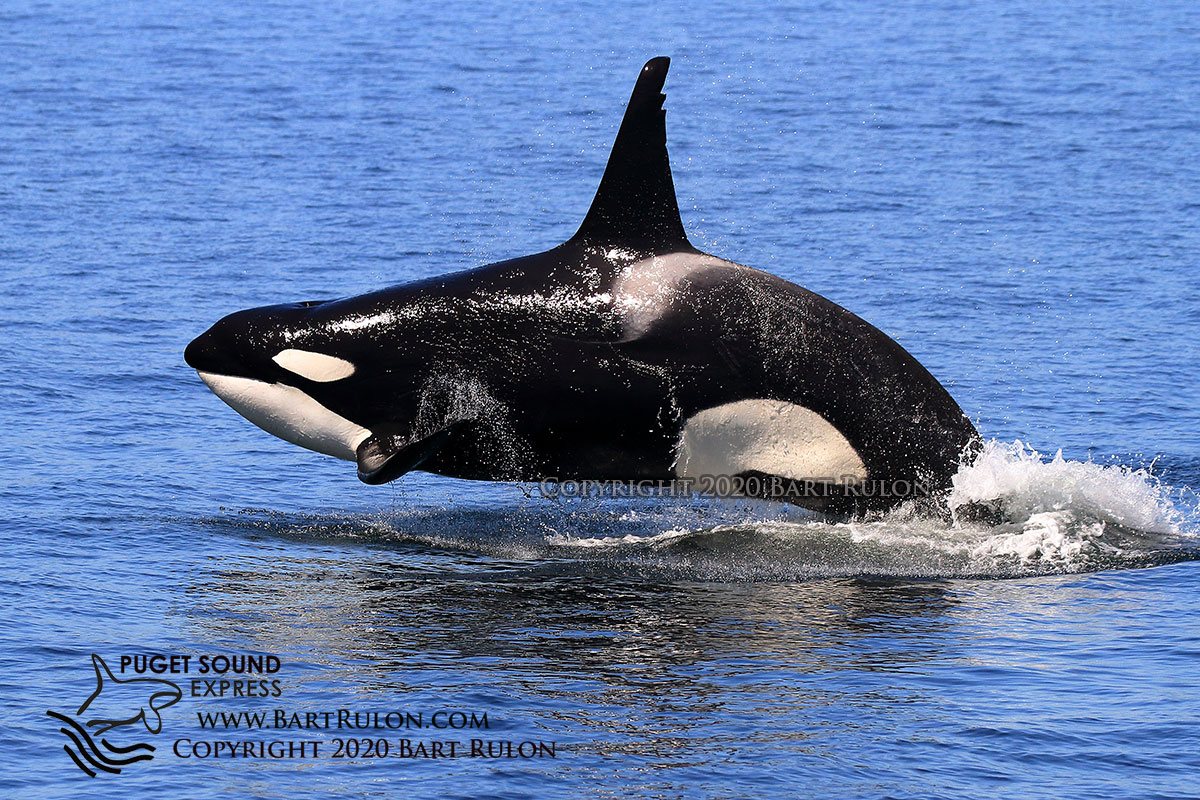 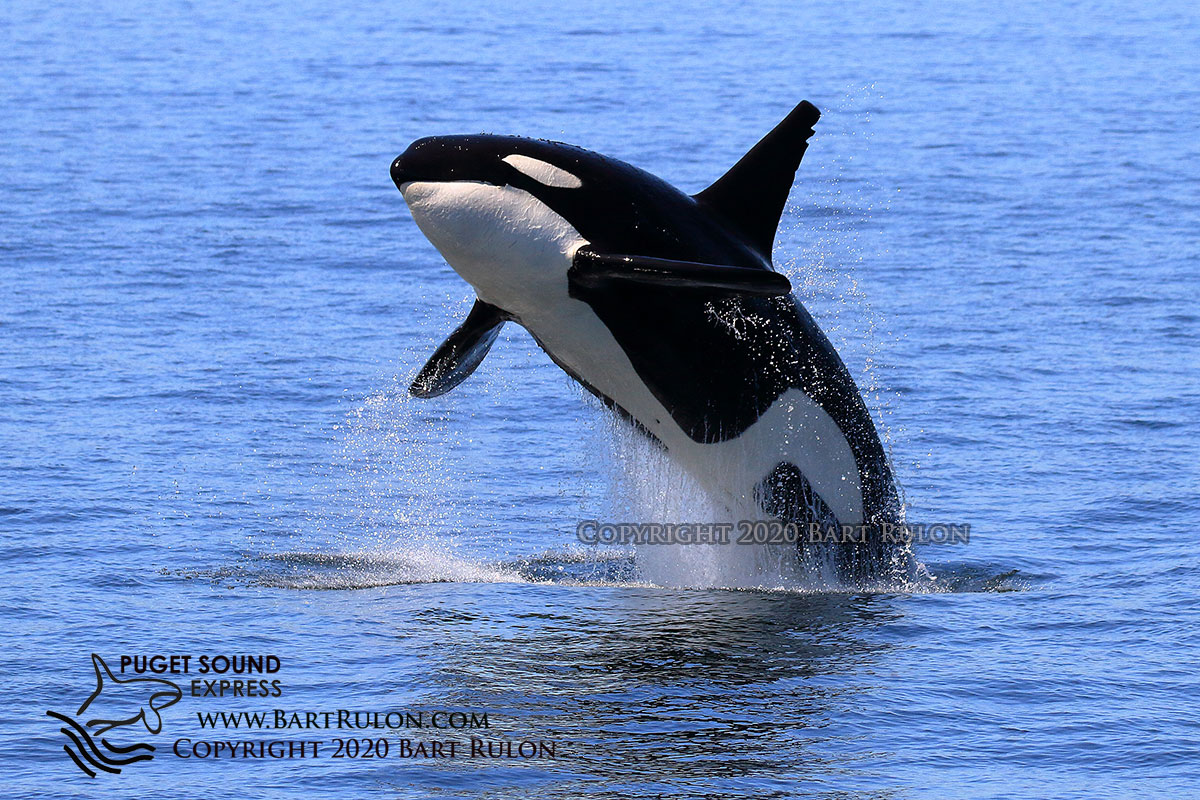 T46D never ate with the rest of the family, but once they moved on from the meal he circled around and probably got to eat some of what they left behind for him.  As the rest of the T46 pod slowly swam southward, T46E decided to breach a couple of times and swam right over to a fishing boat to gave them a thrill and a few tailslaps! 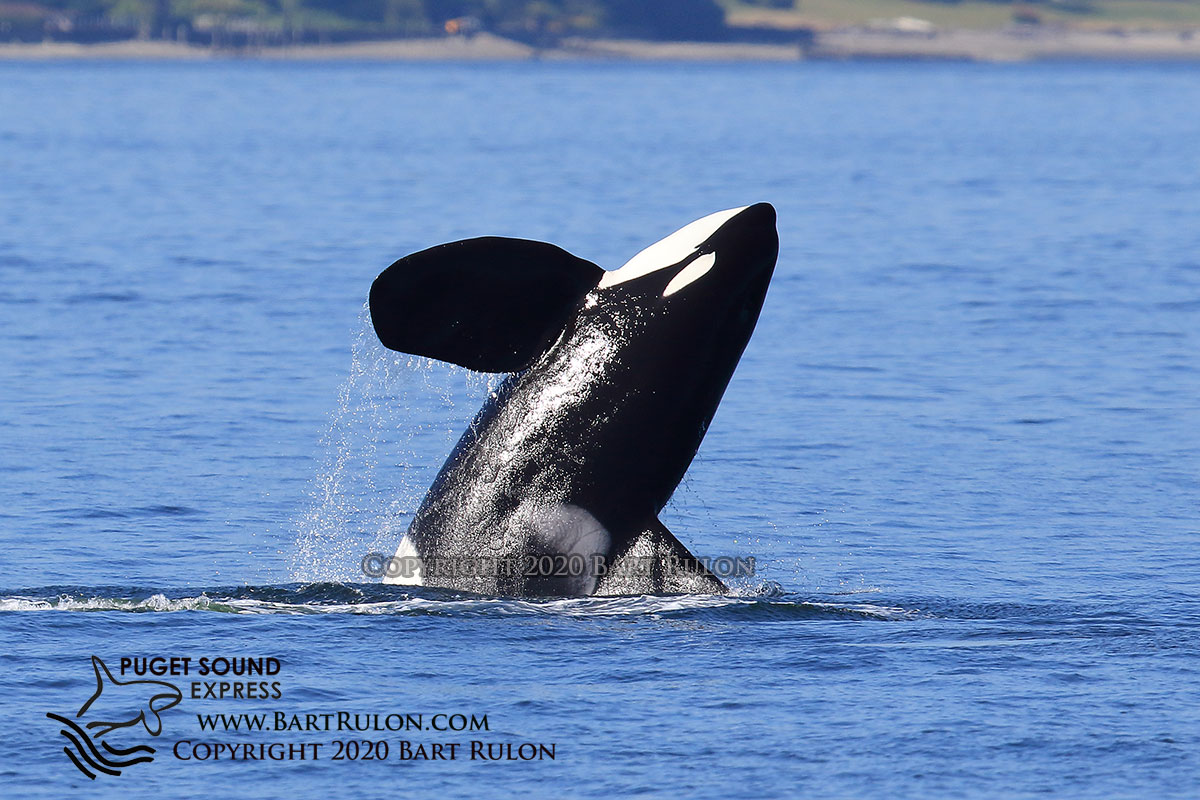 These next three photos show (1) the porpoise next to T46E’s dorsal fin, (2) T46E swiping his pectoral fin at the porpoise, and (3) T46E missing his target as he rolls over from the effort! 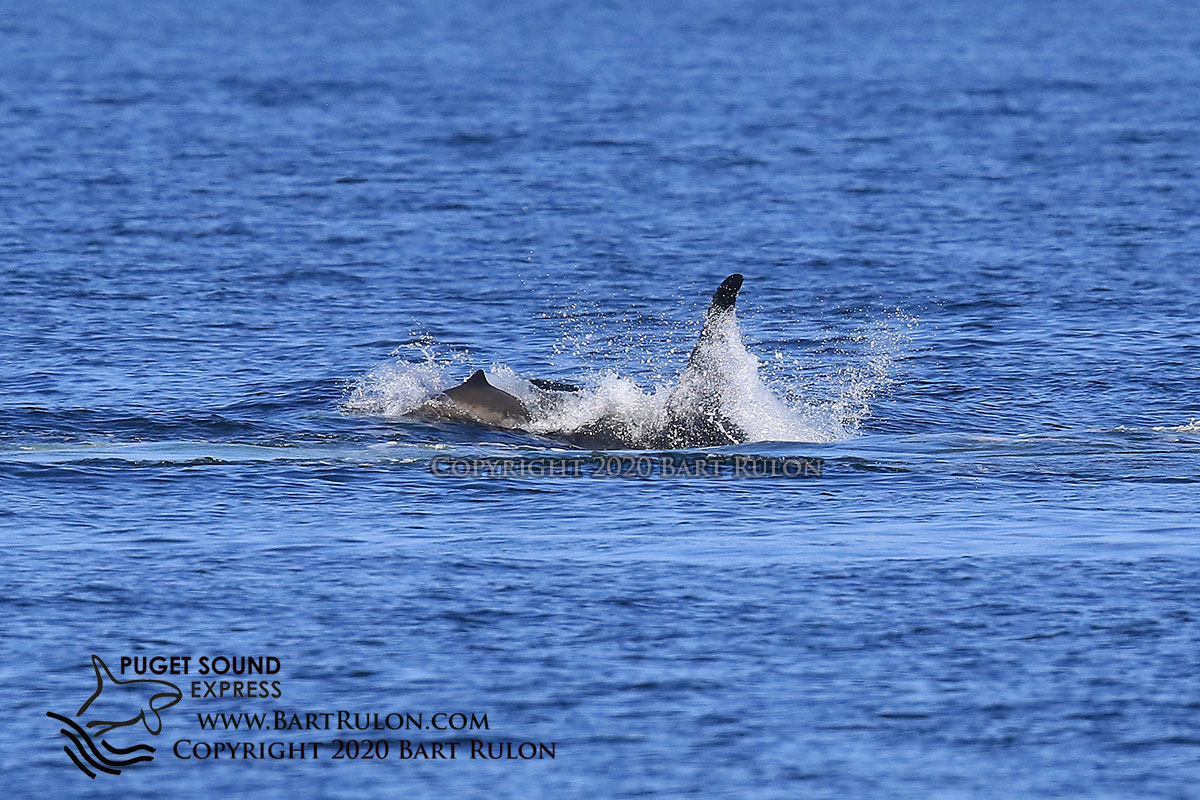 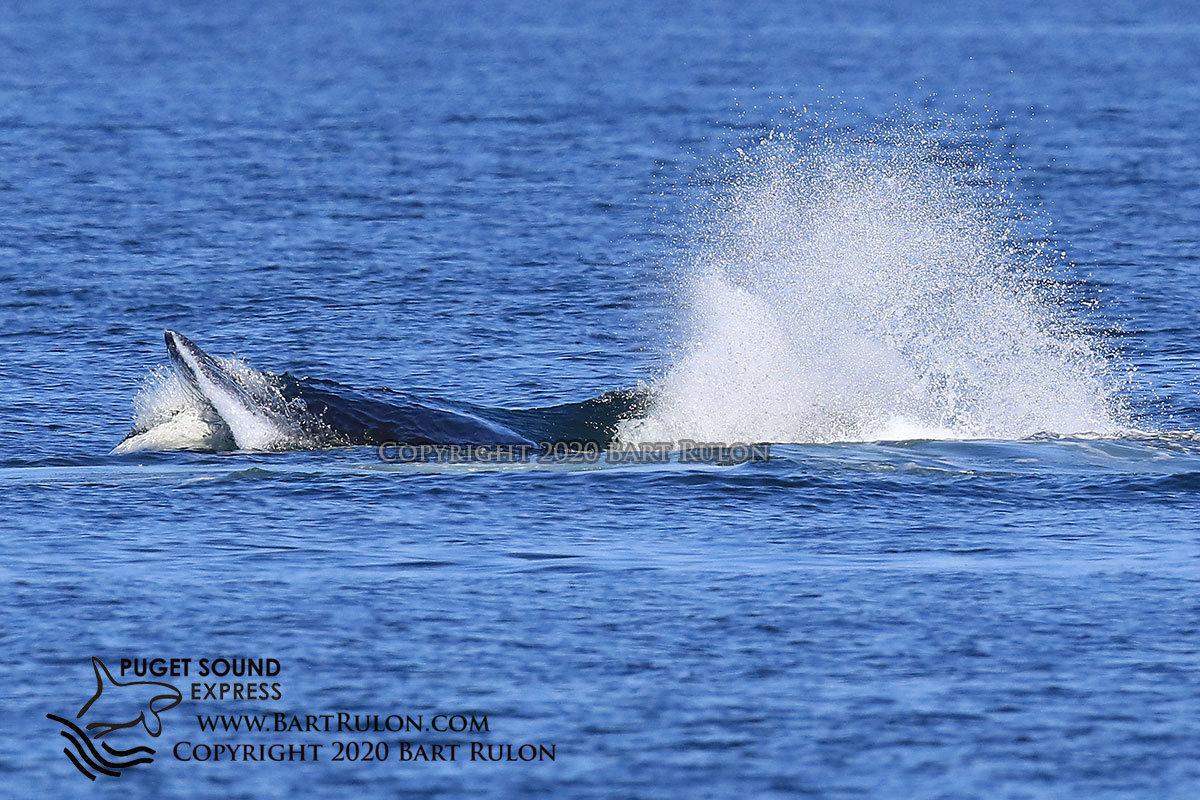 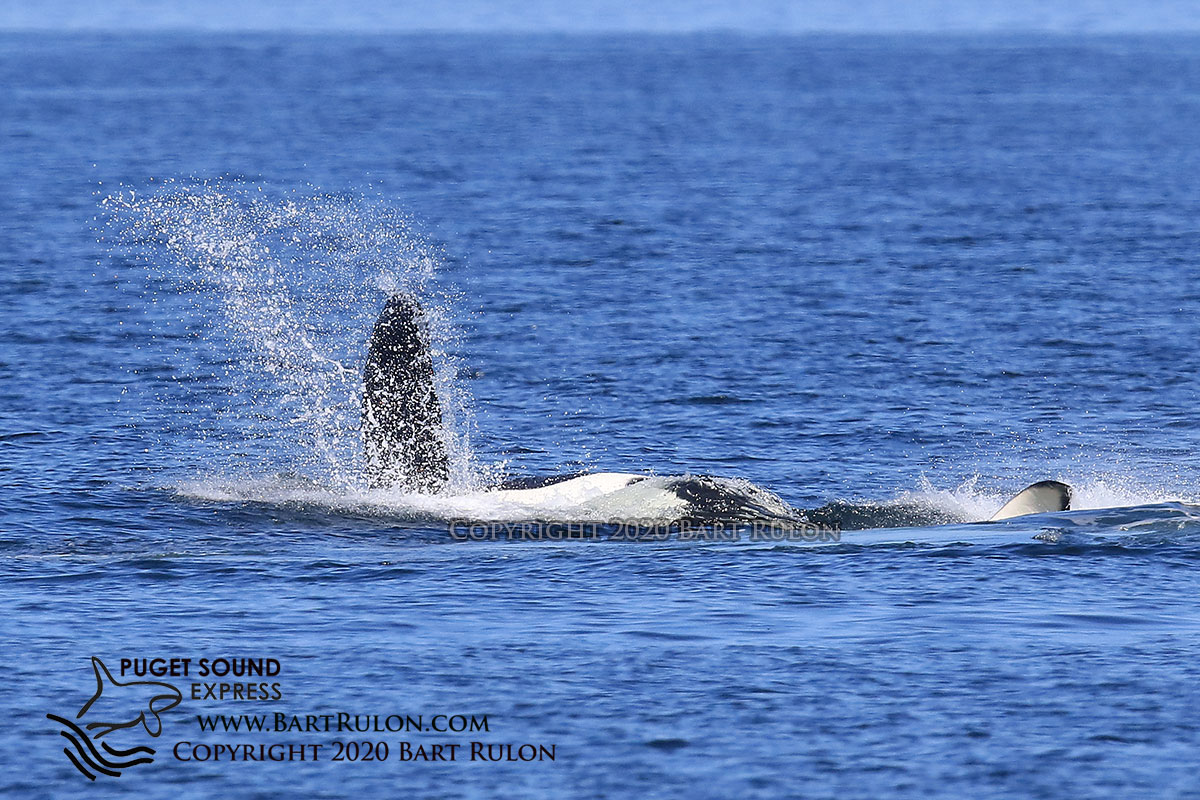