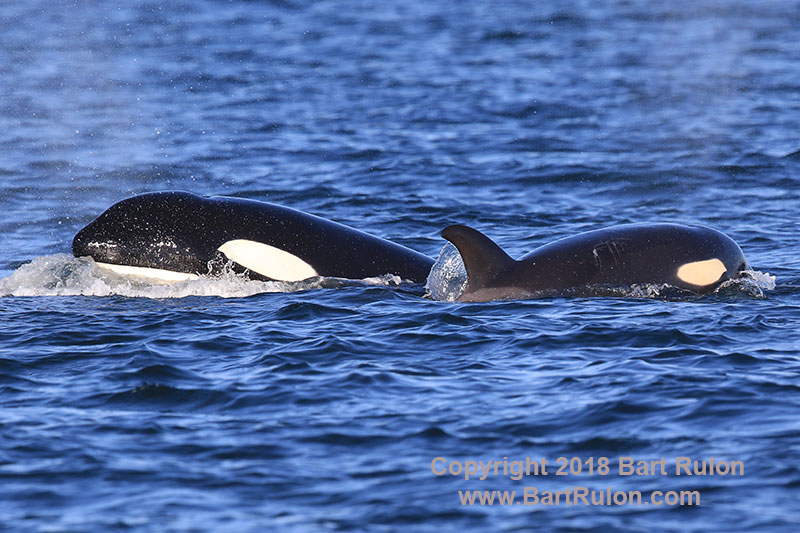 T34 and T34B come up to the surface at the same time while eating a meal off the south end of Whidbey Island. photo by Bart Rulon

On July 13 we had a few familiar families of transient killer whales visit Puget Sound, and they brought an adult male with them that we rarely see.  It was T37, the T37Bpod, the T34pod, and T73B.  The T37s, and T34s are regular visitors to our area, but T73B, an adult male born in 1991, isn’t seen in these waters very often.  In fact he is not even shown in the ID guide we normally use, so it took a while for me to figure out who he was.  This mixed pod of 8 orcas spend a few days in Puget Sound and they also circled around in the eastern side of the Strait of Juan de Fuca for a few days, so we got plenty of chances to watch them.  During their visits, T37B1, a 6 year old boy, seemed to take T73B on as a mentor.  The two males spent a lot of time together during our visits with them.  Naturalist, Bart Rulon 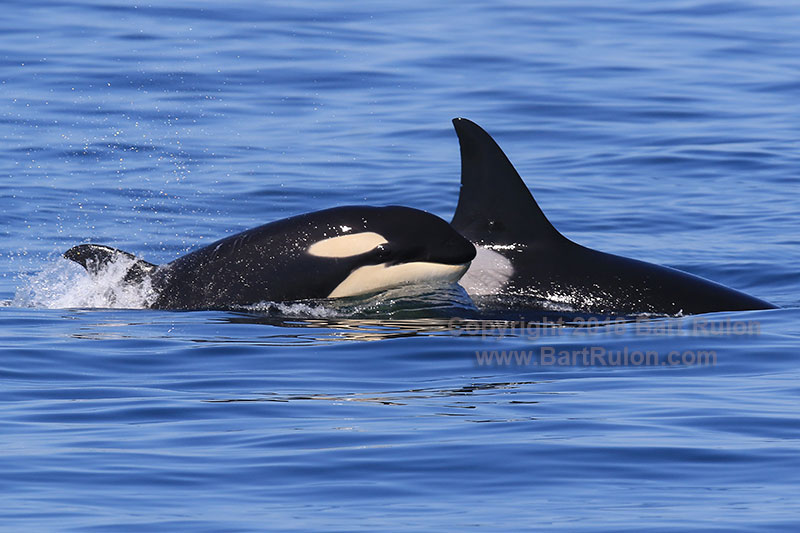 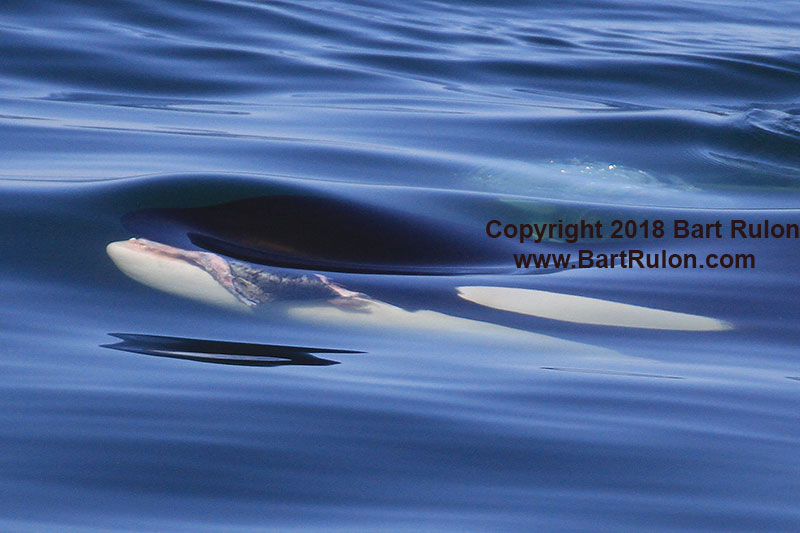 T34 comes up to the surface with part of a harbor seal in her mouth from a succesful hunt near Smith Island. photo by Bart Rulon