Sometimes the Prey Gets Away!

On June 20 we found the T124A pod near Whale Rocks at Cattle Pass from our Edmonds trip on the MV Saratoga. Shortly after arriving the pod went on the hunt, chasing a big Steller sea lion! The orcas slashed and lunged at the sea lion in a flurry of activity, and before too long they had the poor Steller surrounded. We were all but sure that this sea lion would eventually meet his demise at the teeth of the Killer whales. Sea lion attacks can often last hours and be very dramatic. We were bracing ourselves for a long battle, but then, just as quickly as it started the attack was over, and the killer whales moved on. Perhaps the size of the sea lion was a big enough deterrent to make the black and whites decide it would be too much trouble to catch this one. So the sea lion swam away, huffing and puffing from the battle. If sea lions have 9 lives he surely lost one of them today, but he was very lucky to still be alive! Naturalist Bart Rulon 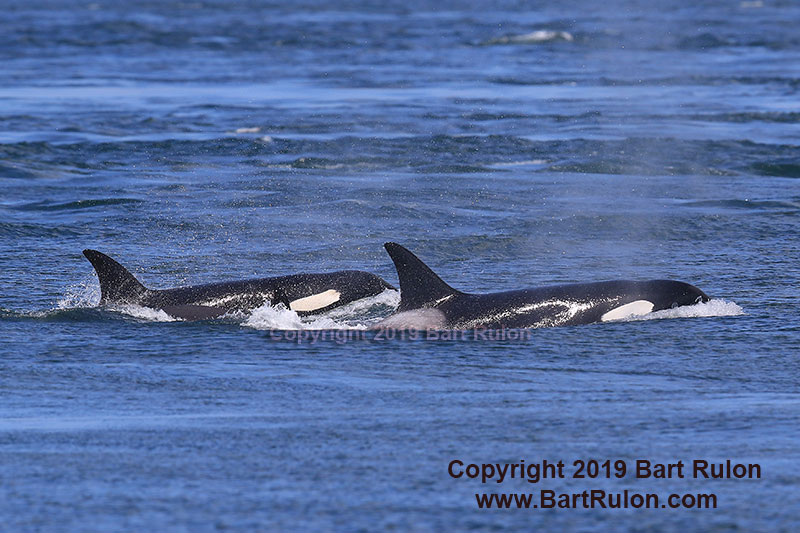 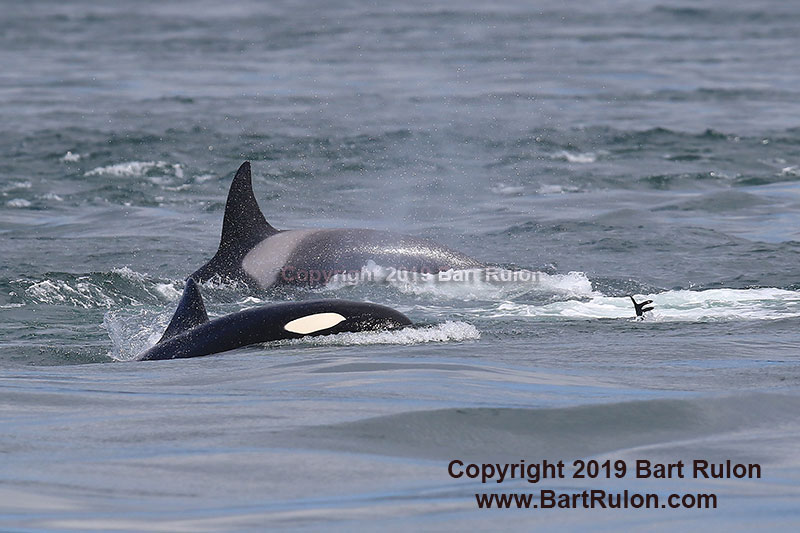 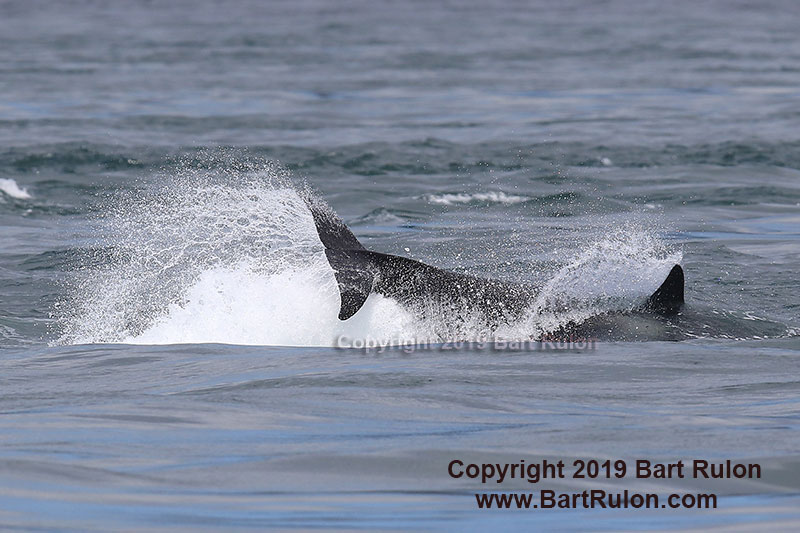 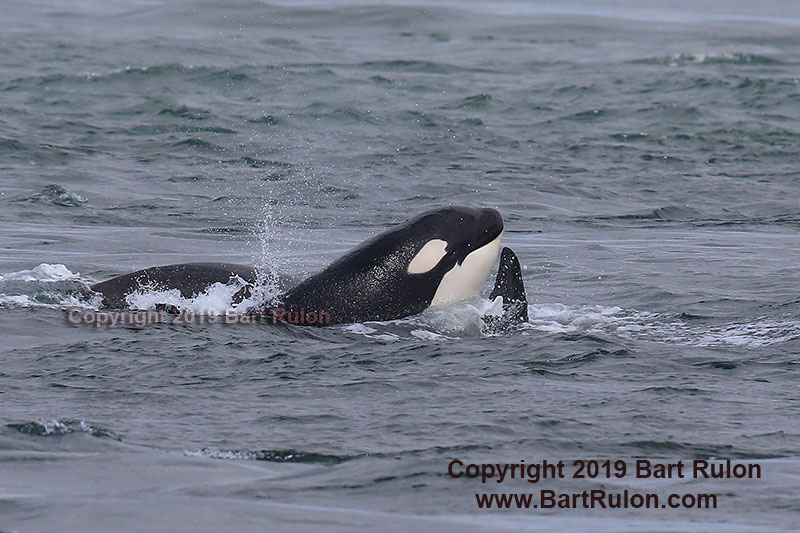 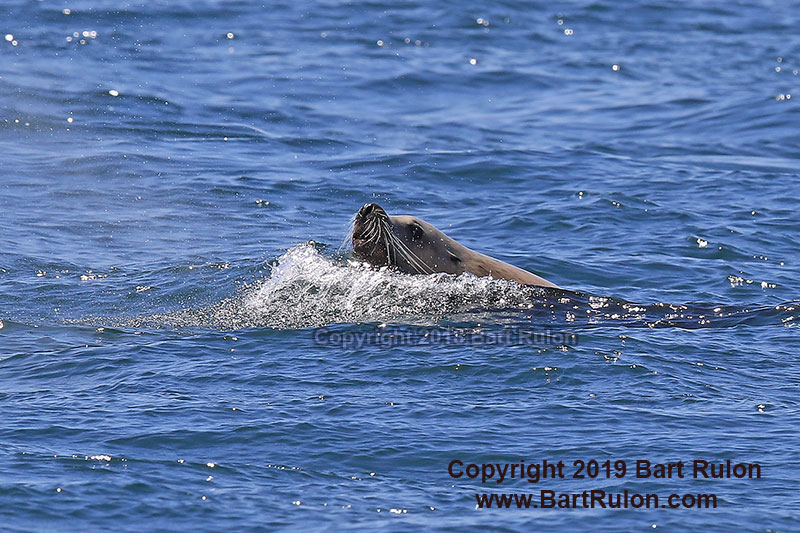 This luck Steller sea lion swims away from a dramatic attack from the T124A pod!