Today was a tale of two stories. On the one hand, we learned that young J50 – Scarlett – one of the younger members of the SRKW J-Pod – was declared dead by researcher Ken Balcomb of the Center for Whale Research. On the other hand (and perhaps related??) – virtuall ALL members of all three of the SRKW pods – J, K, and L pods – came together for a rare “greeting ceremony” just off of Race Rocks south of Vancouver Island. It was the first time in 2018 we’ve seen all SRKW pods together. It was incredibly moving, and by luck, we had filmmaker Ben Tomson on the MV Saratoga, along with PSE naturalist and pro photographer Bart Rulon.

Bart was kind enough to share his thoughts on this special day:

It’s been so long since I’ve seen a true “Superpod” with our southern resident killer whales that I can’t remember how long it’s been. It has probably been at least a year if not two since I’ve seen a superpod. That made today a really special one, and a day that brought me back to the way it used to be back in the old days. August and September used to be the best time of the year to see J, K and L pods all traveling together in superpods. It was a common occurrence when I first started watching orcas 18 years ago. Now that the Chinook salmon numbers are down our resident orcas tend to separate into their individual pods more than they used to in order to spread the resources out so that each animal can catch enough salmon. Some pods are even splitting up into subpods much more than they used to.

Yesterday we watched J and L pods traveling together in Rosario Strait. This morning those two pods were still together and heading west in the Strait of Juan de Fuca. K pod was swimming east towards their friends and the three pods came together for a greeting ceremony that was uplifting to watch. This is the first time I’ve had a chance to see K-pod at all this year. Each greeting ceremony can be different, but the pods often line up and face each, almost like an offensive and defensive line in football, and then they all swim towards each other mingling, splashing, rolling around, and generally having a good time. 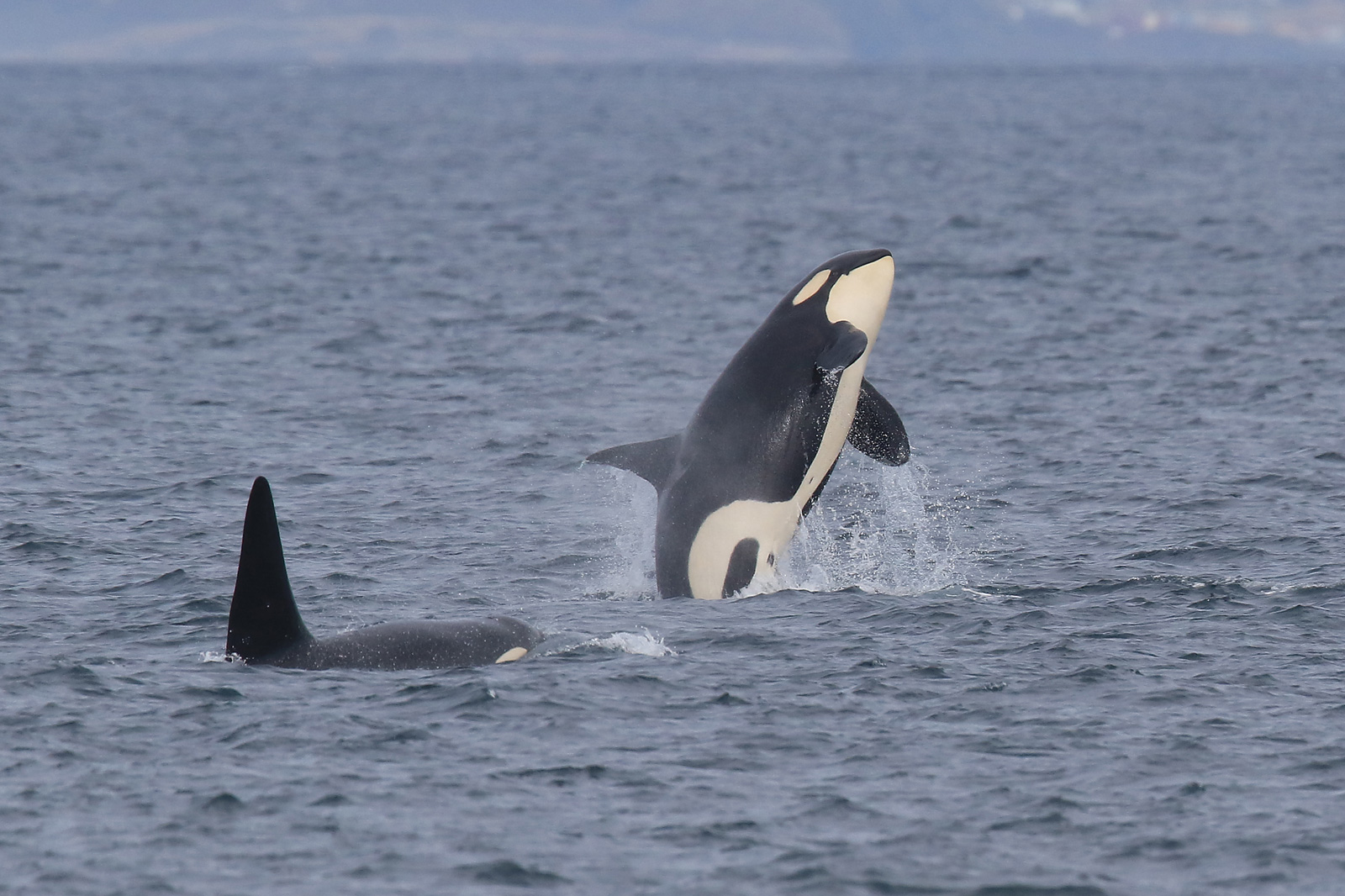 We didn’t witness the line up this time but we sure saw lots of groups of 5-15 animals mingling around here and there as the orcas got reacquainted with each other. We saw lots of tail slapping, some cartwheels, a few spyhops, and several breaches during our encounter with the orca superpod.

We mentioned several times to our passengers how this was the most orcas we had seen together in one place this whole year! Half way through our visit we dropped a hydrophone into the water and heard lots of vocalizations from J, K and L pod killer whales chatting it up. 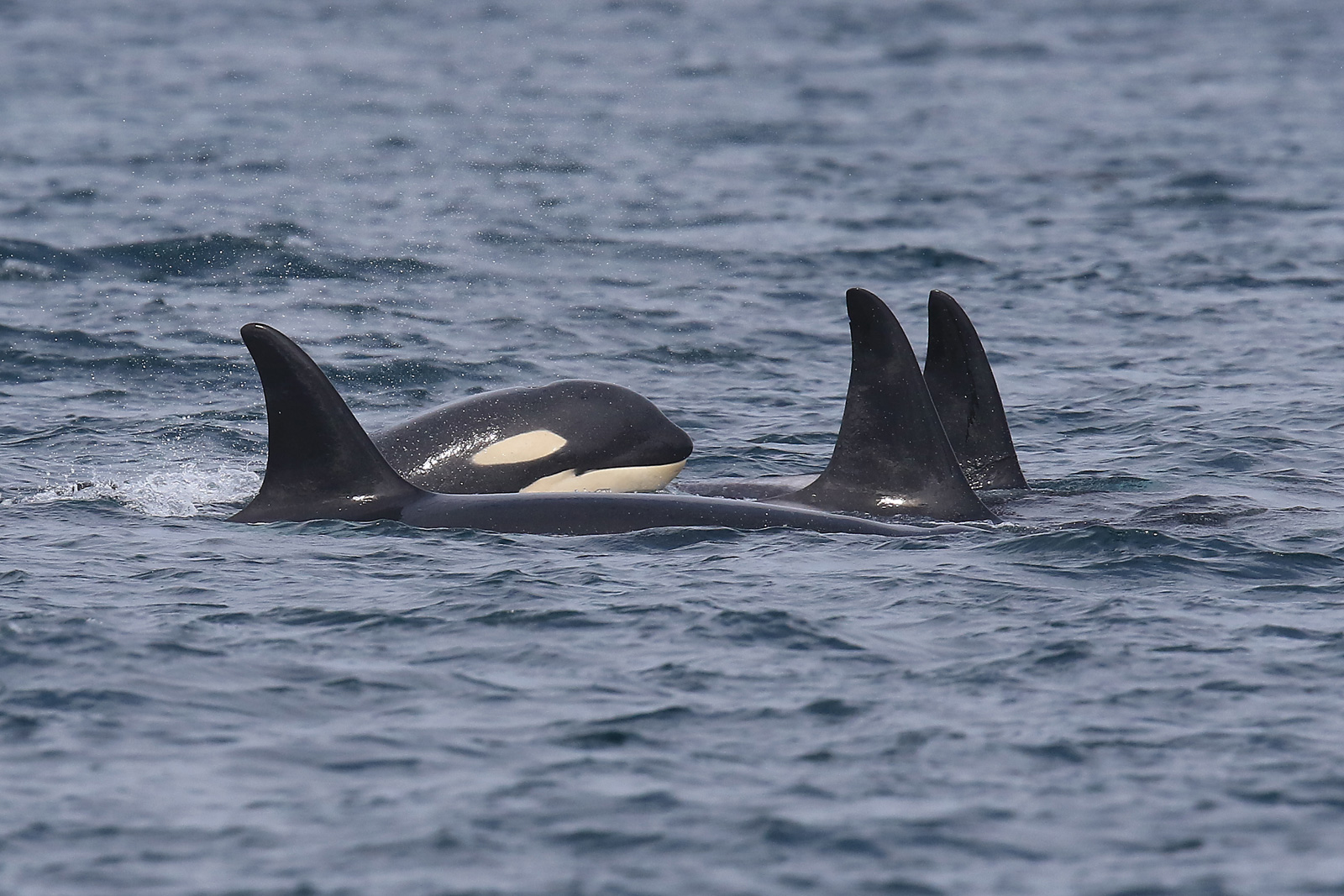 The orcas were still celebrating when we finally had to say goodbye and head back toward the dock. It was a fantastic day that reminded us how things used to be out here, and reminded us that it could be that way again if we can help restore our Chinook populations. 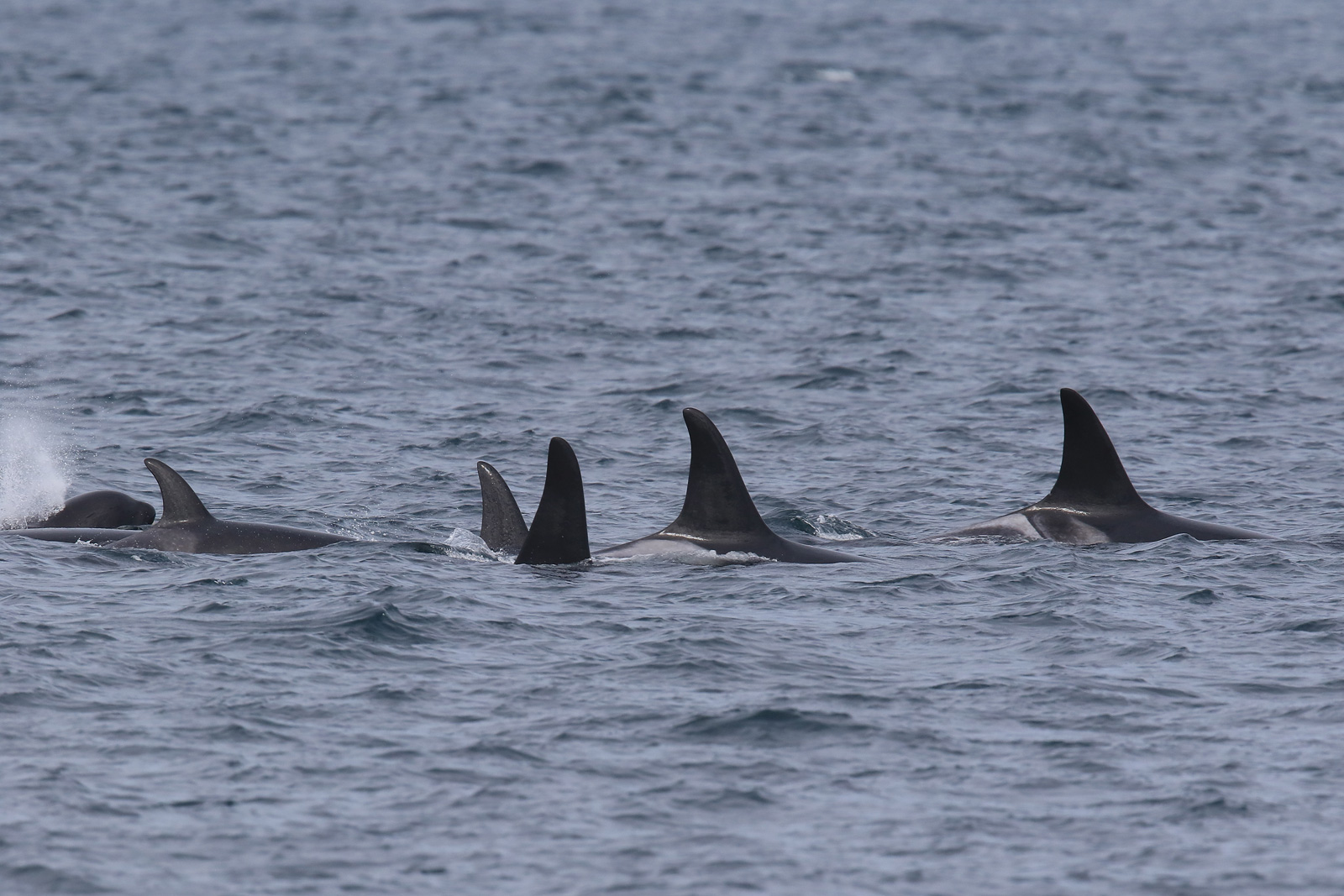