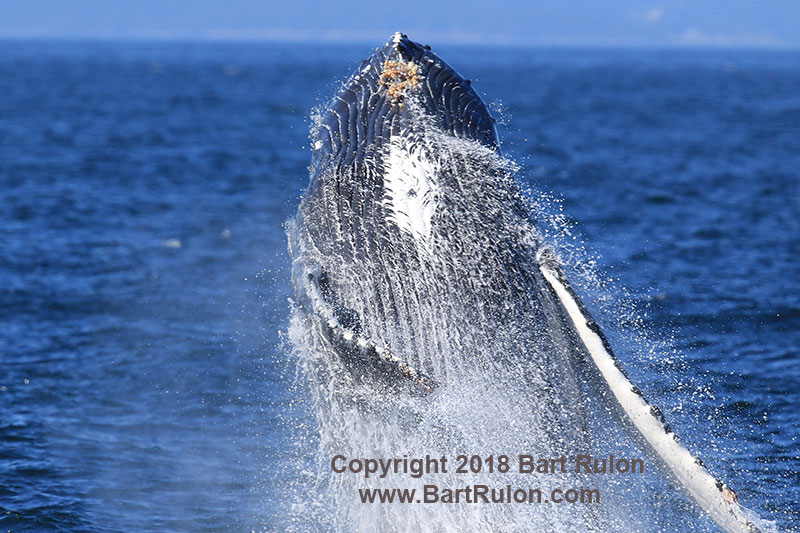 Scratchy, a humpback whale that has yet to be given an alphanumeric ID from the researchers, spent a few weeks near Deception Pass, the north end of Whidbey Island, and Smith Island.  We saw this whale several times from all our boats during that same period of time.  On July 10, from our newest boat the Saratoga, Scratchy surprised us all by breaching a couple of times in a row, and then followed it up with a couple of tail lobs!  Scratchy has evidence of killer whale tooth rake marks on both sides of her tail flukes (that’s where the name came from), which indicate this whale was attached by transient killer whales at some point in the past and survived.  Many humpback whales show evidence of such attacks.  Naturalist Bart Rulon 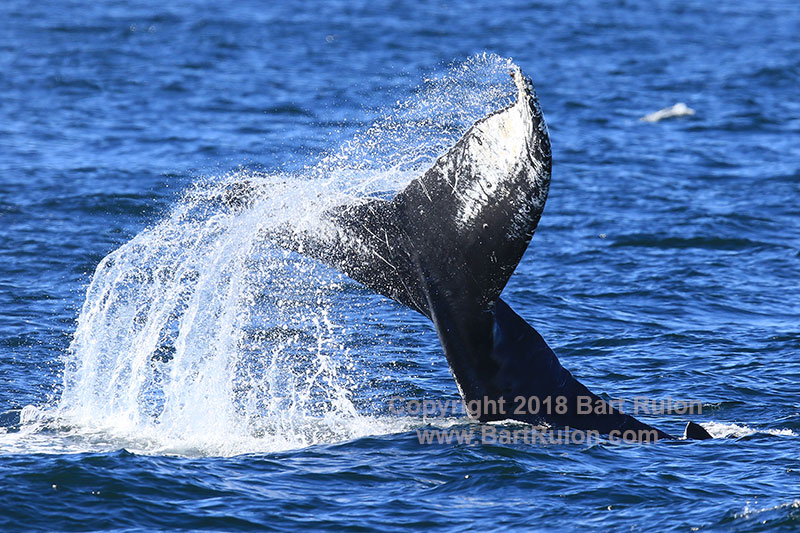