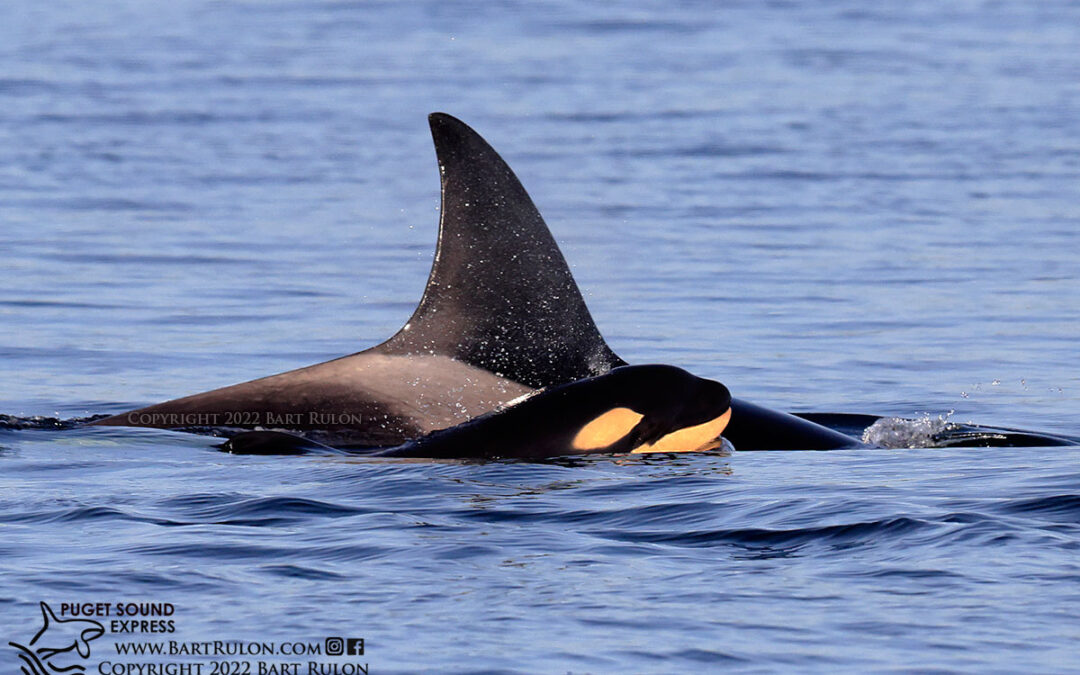 We have exciting news to share! The T37 pod has a brand-new calf! We had the good fortune of seeing the new calf within an hour of it being discovered during our trip on Saturday November 19. After first watching a minke whale and then a humpback whale early in our trip we found out that some Bigg’s killer whales were spotted near Whale Rocks and the new calf was with them. When we arrived the T34 and T37 pods were circling around a Steller sea lion they just captured, and gulls were flying overhead trying to pick up some leftover scraps. It wasn’t long before we saw the tiny little squirt, with orange eye patches, pop out of the water with the rest of the family. 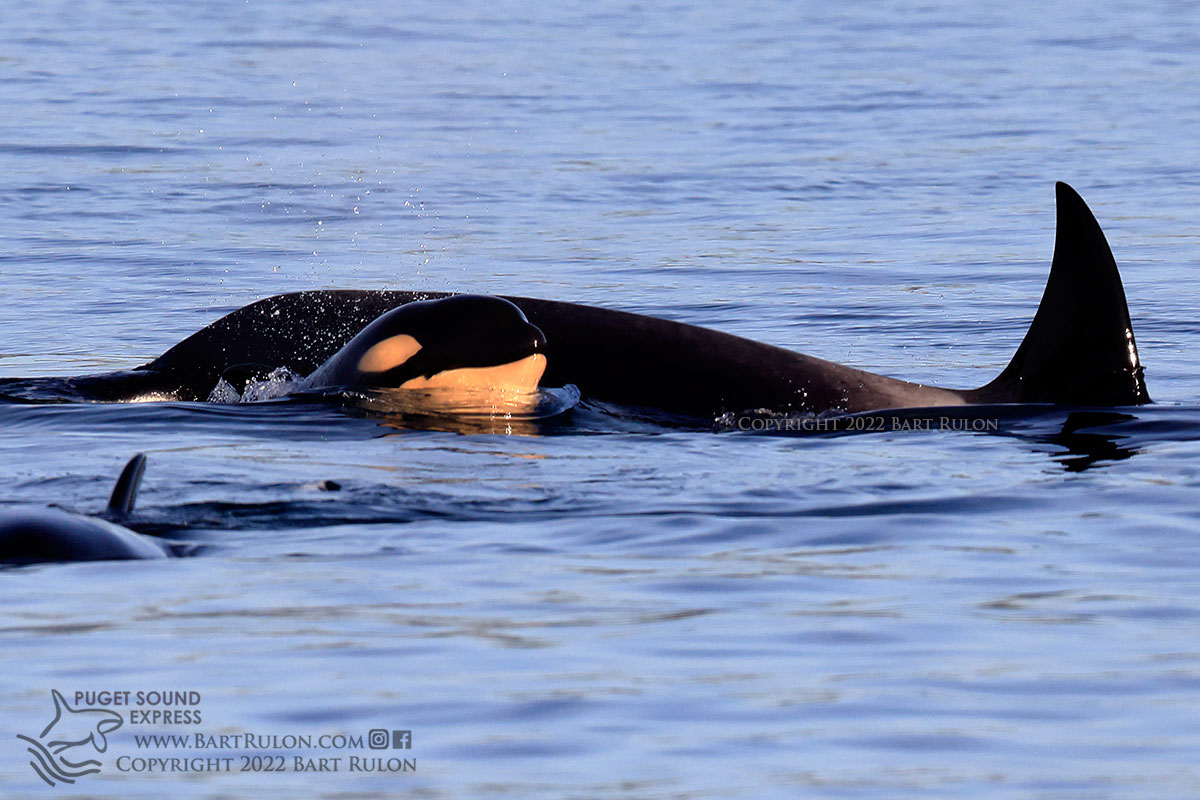 The new calf was surfacing remarkably close to T37B (Harald) during most of our time watching the feeding frenzy, indicating she would probably be the mom. Of course, we will wait for the official word on that from researchers, but it sure looks like the ID number will be T37B3 for the new calf. The calf might only be days or weeks old because you could still see fetal folds on the dorsal fin of this very tiny baby. One of the most interesting parts of this experience was watching Harald interact with the calf. We saw Harald tail slap repeatedly especially when the calf surfaced right next to her. Sometimes the calf would pop up alone for a quick breath but most of the time it was glued to Harald’s side. We see the T34s and T37s in the Salish Sea very often, so it’s exciting to think that we should have lots of opportunities to watch this little orca grow up in the coming years! 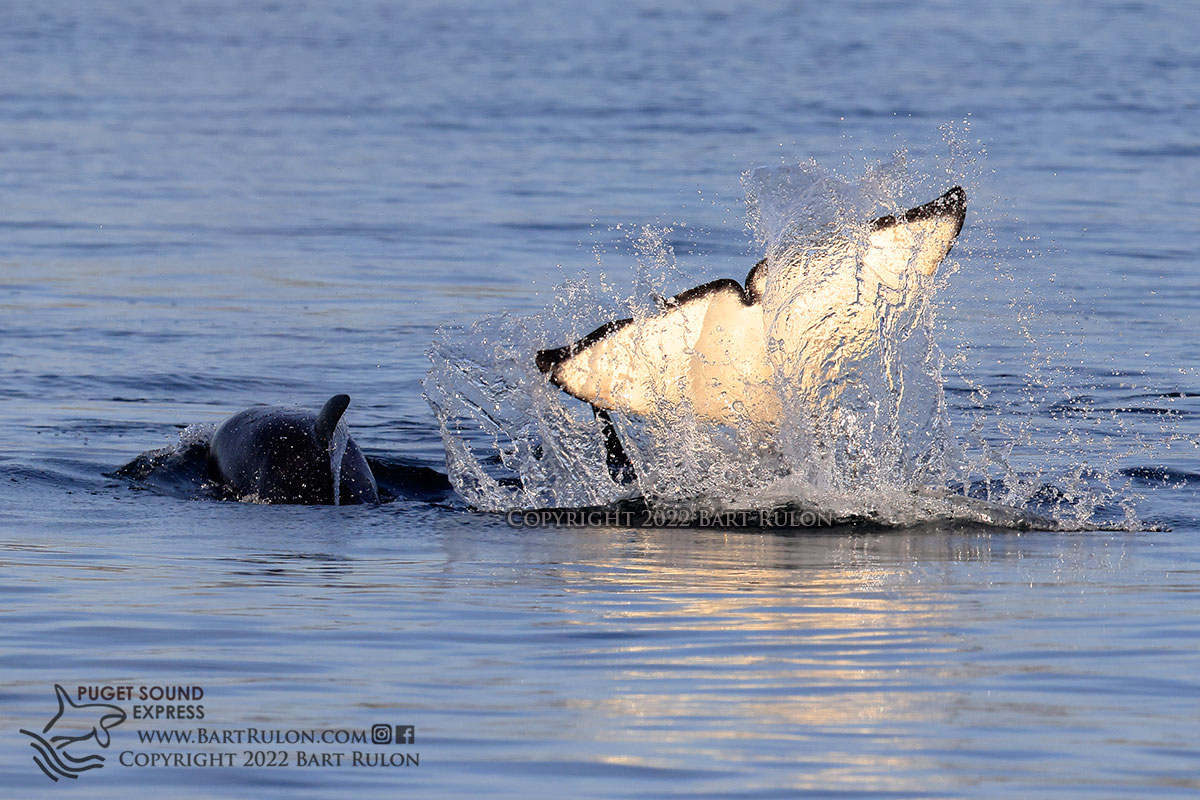 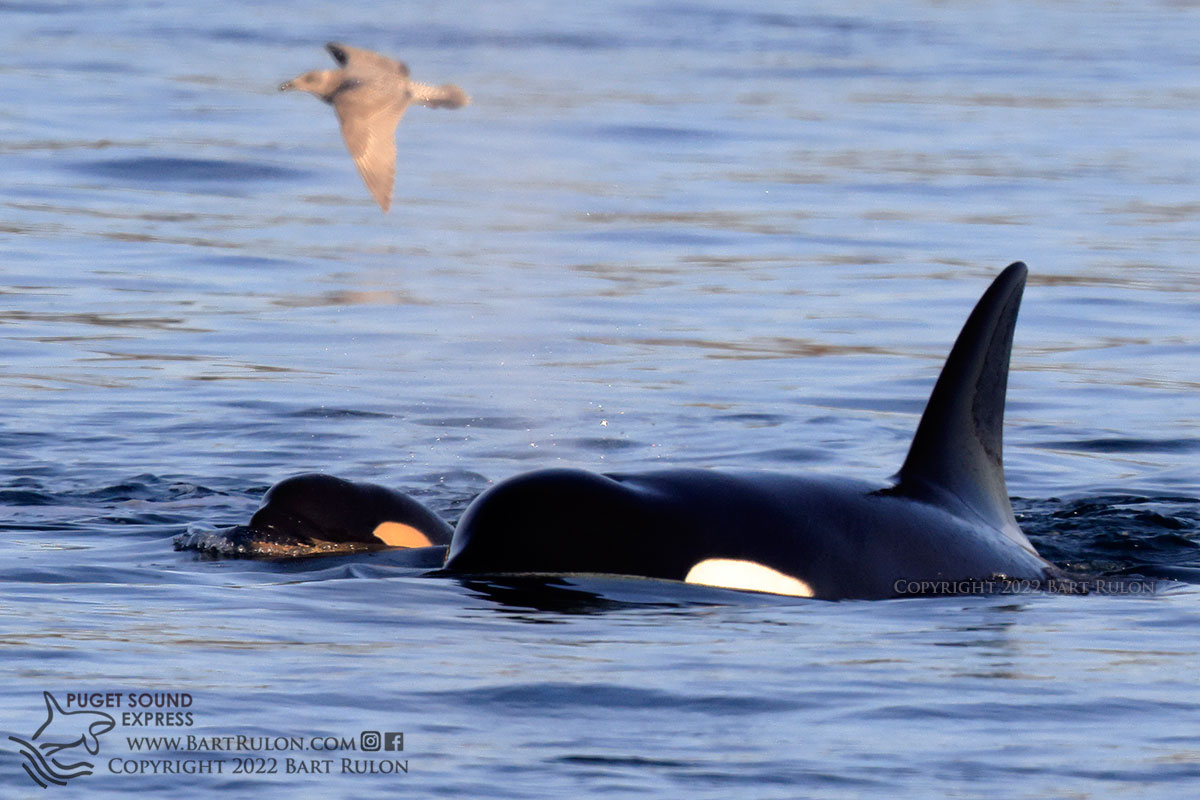 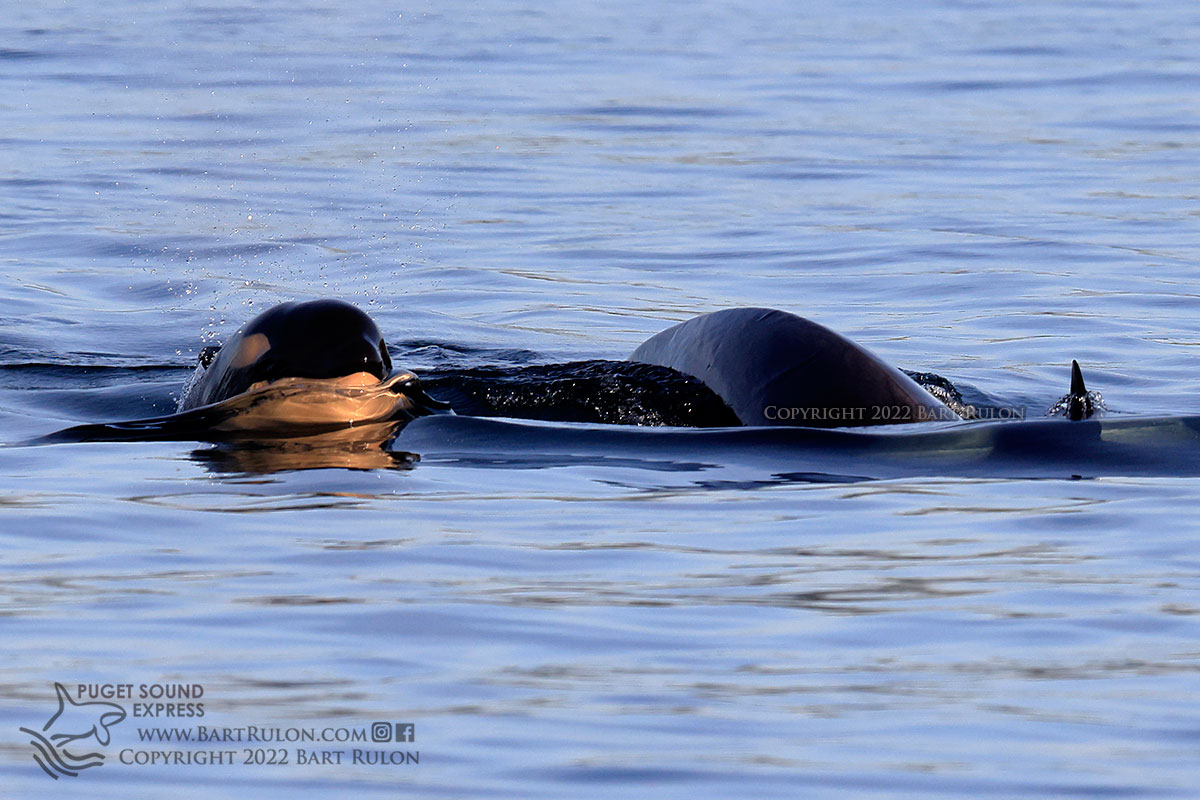