There has been quite a buzz in the Salish Sea lately about the “white killer whale”!  We have been seeing a lot of this little white calf on our trips this season.  The calf was first seen in fall of 2018, but the unique coloration was not evident at that time because of poor lighting conditions, and it wasn’t until this year that people realized this whale is actually white or gray rather than black and white.  The calf belongs to the T46B pod and it’s alphanumeric ID is T46B1B (The mother is T46B1).   The reason for the unusual color of this calf is unknown, but it could have a couple of different causes.  One cause could be a rare genetic condition called Chediak-Higashi syndrome, or the calf might have leucism that causes partial loss of pigmentation.  Depending on what the cause is this whale might gradually gain pigment and look like a normal killer whale as he/she gets older or it might not.

This little one looks almost like a ghost as it surfaces next to its family members that have the normal black and white color.   One really cool thing about this calf is that you can easily see where it’s eye is located.  Normally it is very hard to see the eye on a killer whale because it is pretty small, and its located in the black area just under the white eye patch.  Naturalist/photographer Bart Rulon 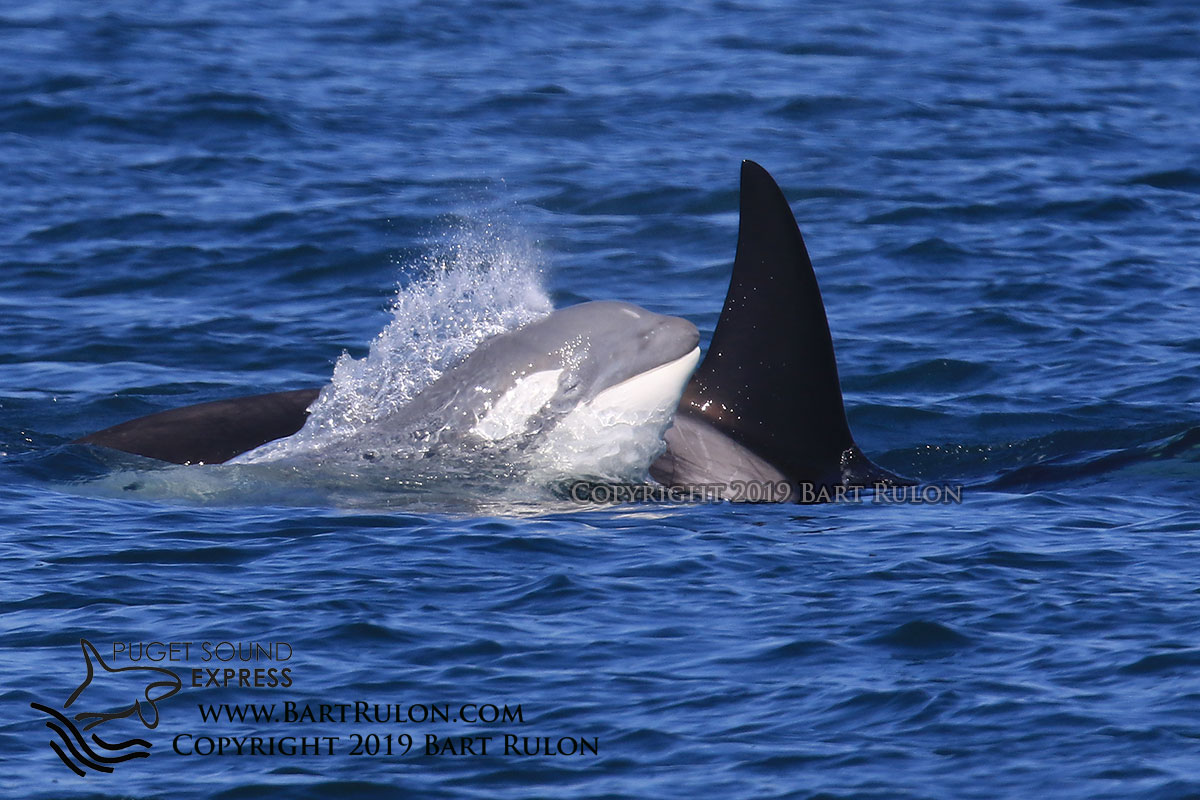 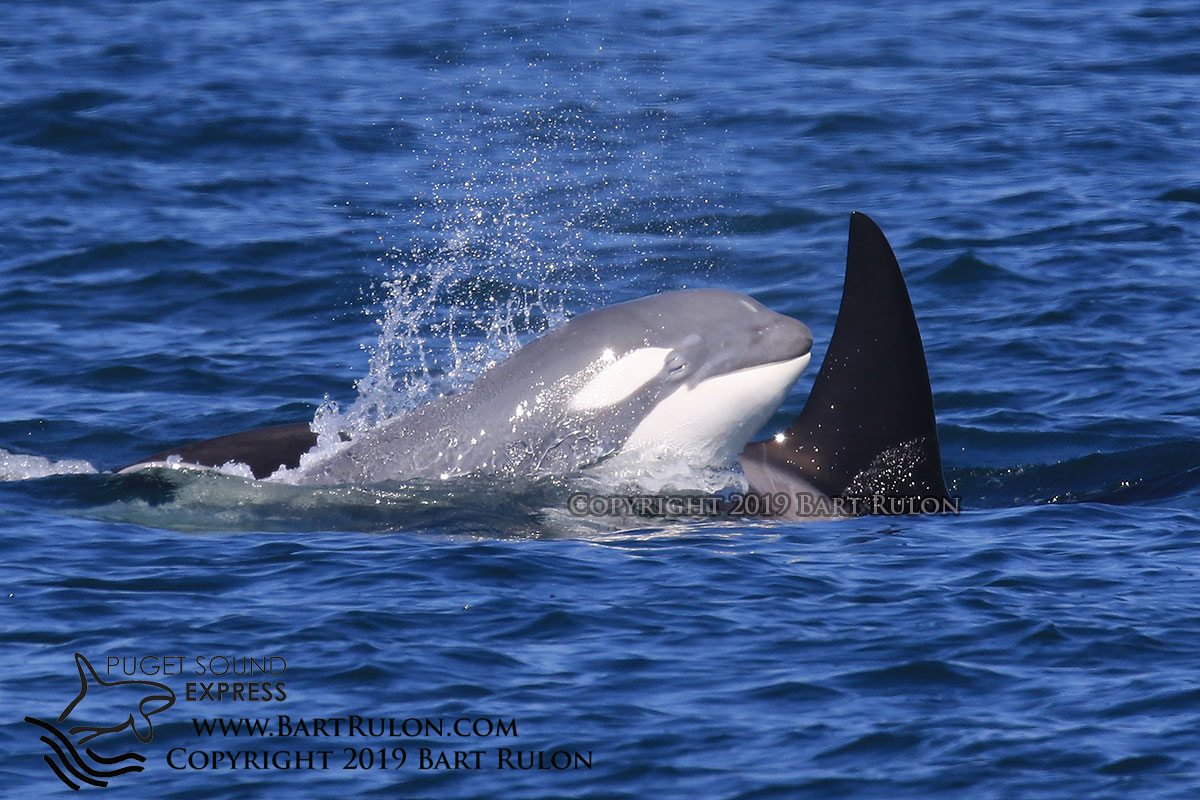 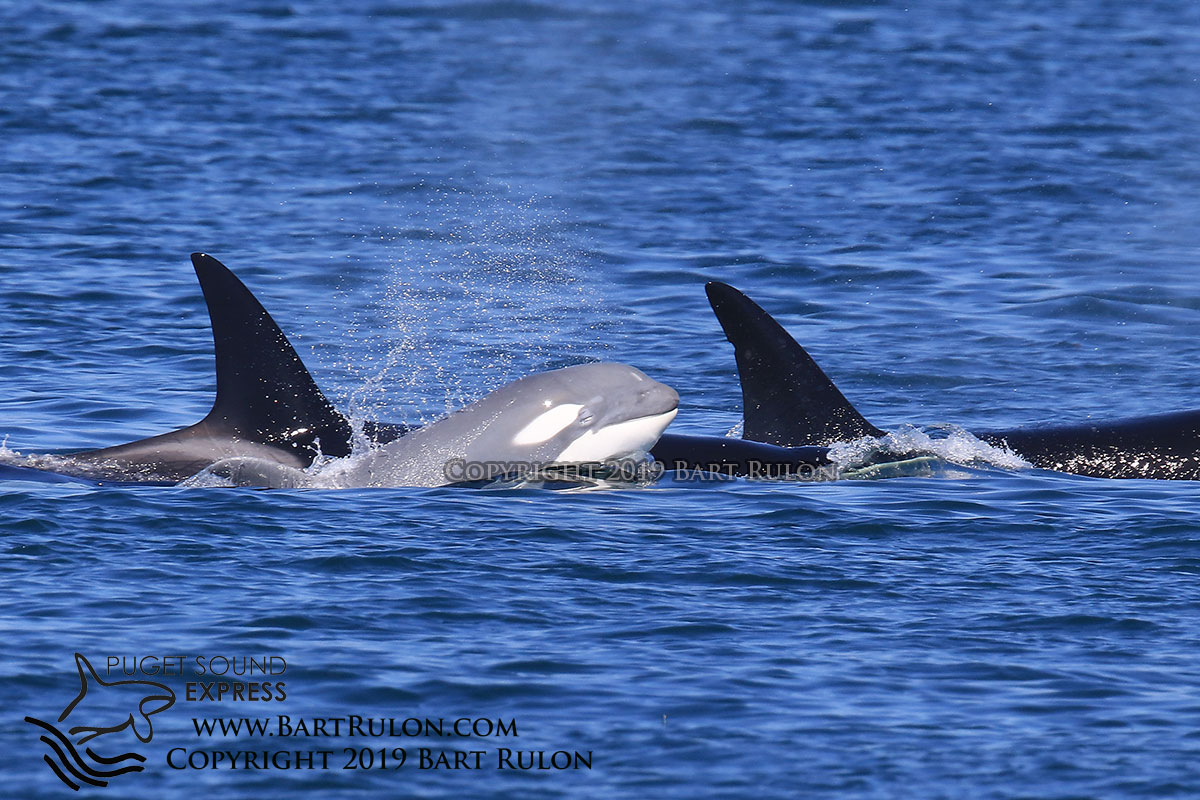 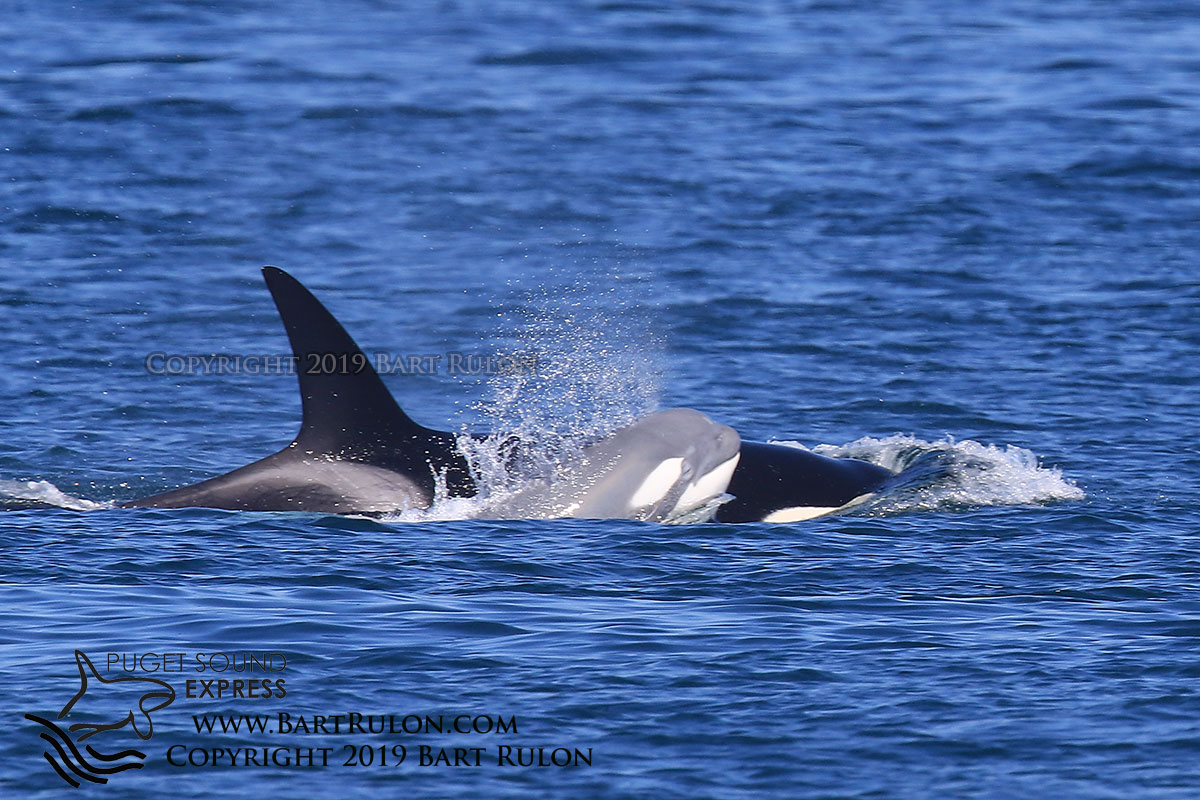