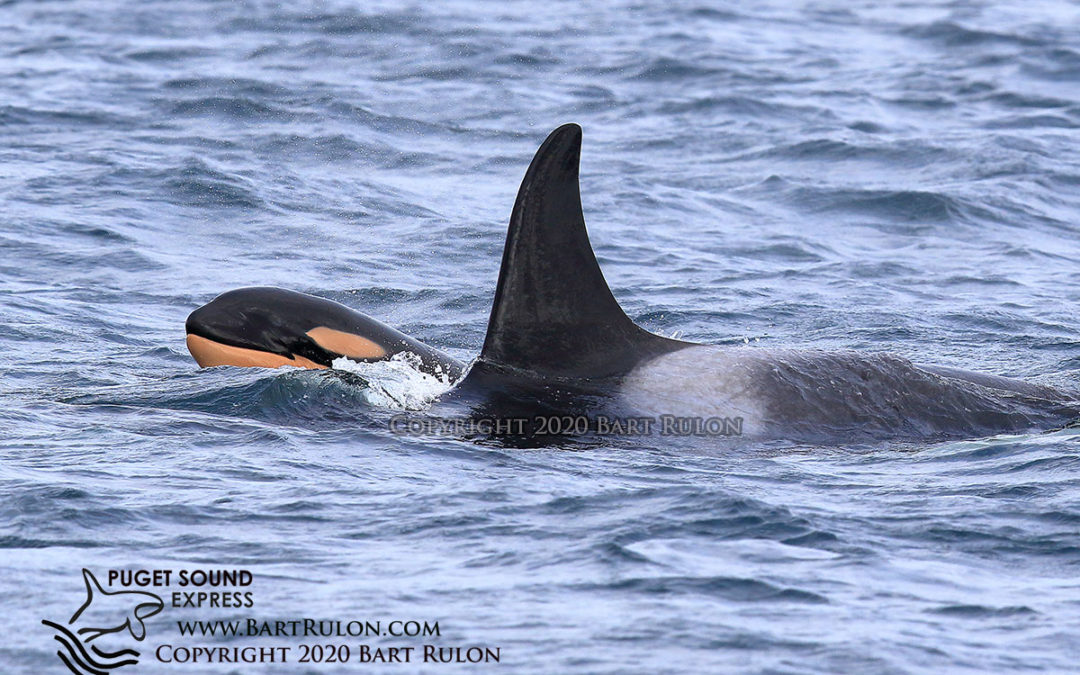 Meet the newest member of J-pod, J57!! Today we had a heart warming experience watching J35, Tahlequah, frolicking with her new calf J57, who was born just 14 days ago! In 2018 Tahlequah made news around the world when she carried her calf, that died shortly after birth, for 17 days straight. Her tour of mourning, that covered approximately 1,000 miles, brought the decline of the Southern Resident Killer Whale population to a global stage!

Today there is a buzz of excitement and hope in the whale community, both for mom, who endured so much in 2018, and for the new calf. J57 brings the SRKW population up to 73. We don’t know if the calf is a boy or a girl yet, but we almost got the chance to answer that question today when mom lifted up little J57 out of the water with her rostrum a couple of times. This is a pretty common bonding behavior we see with moms and their calves. You can determine the sex of the calf if you see it’s underside in just the right spot. At times it almost looked as if mom was showing off her new calf! She must have known how excited everyone is for her.

On Sept 6, 2020 shortly after J57 was born, all three SRKW pods (J, K, and L) joined together in a huge superpod party! They appeared to be celebrating the new birth in one of their favorite stomping grounds – Haro Strait off the west side of San Juan Island. The orcas were breaching, spyhopping, tailslapping, rolling around each other, and vocalizing so loudly that you could hear them above the surface!!  Enjoy the pictures from today!  Photographer/naturalist, Bart Rulon 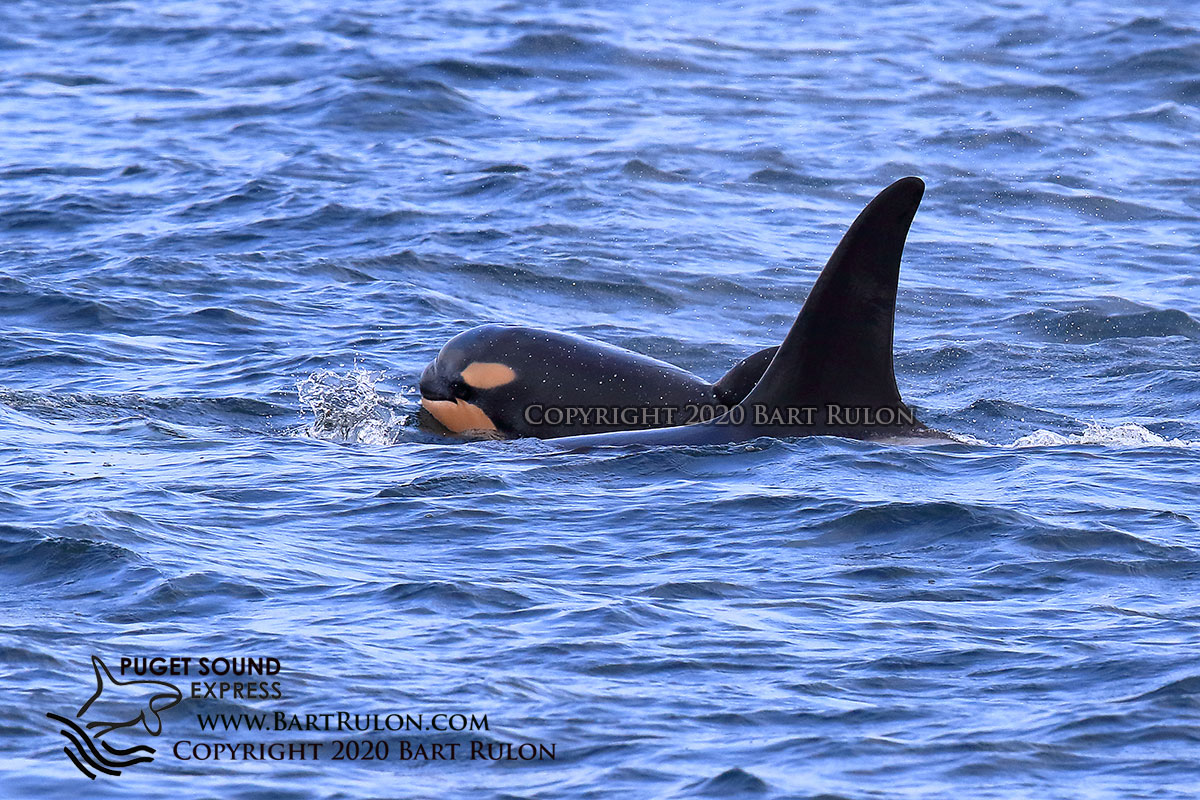 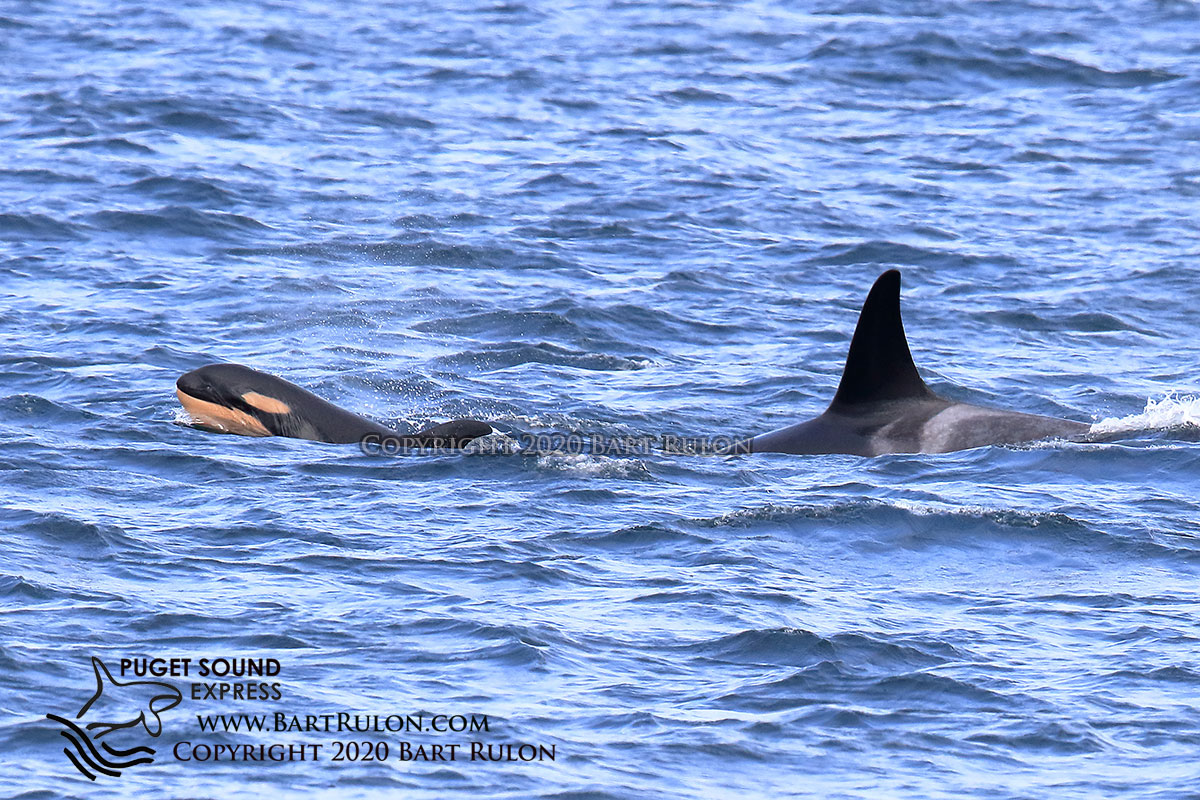 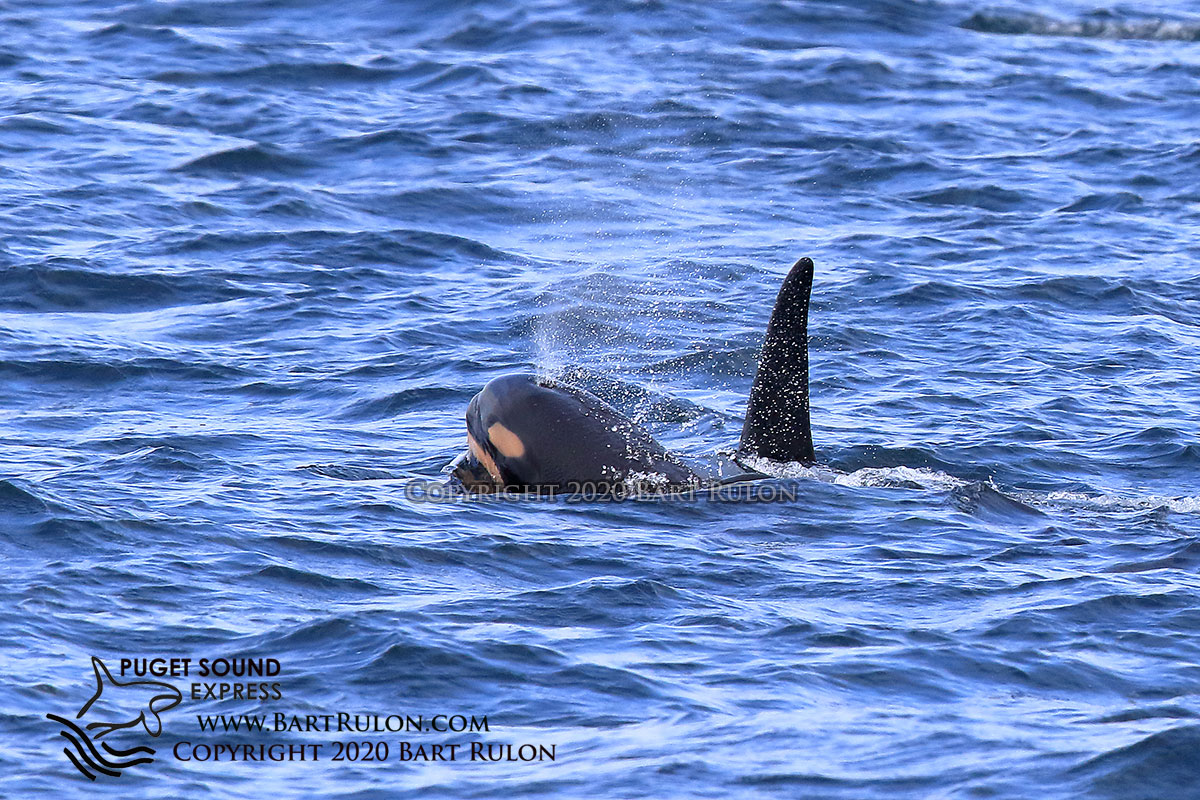 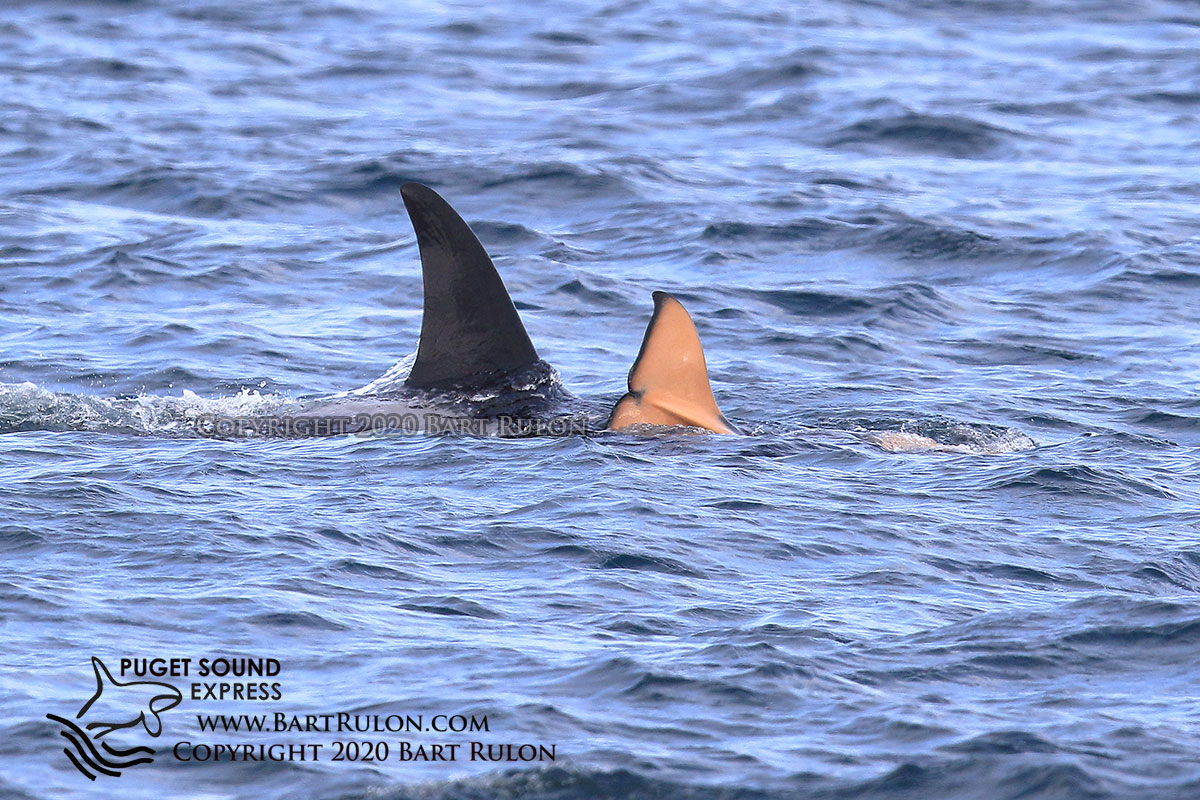 Mom pushes J57 out of the water in a moment of play and for a brief moment you see the little one’s tail flukes. 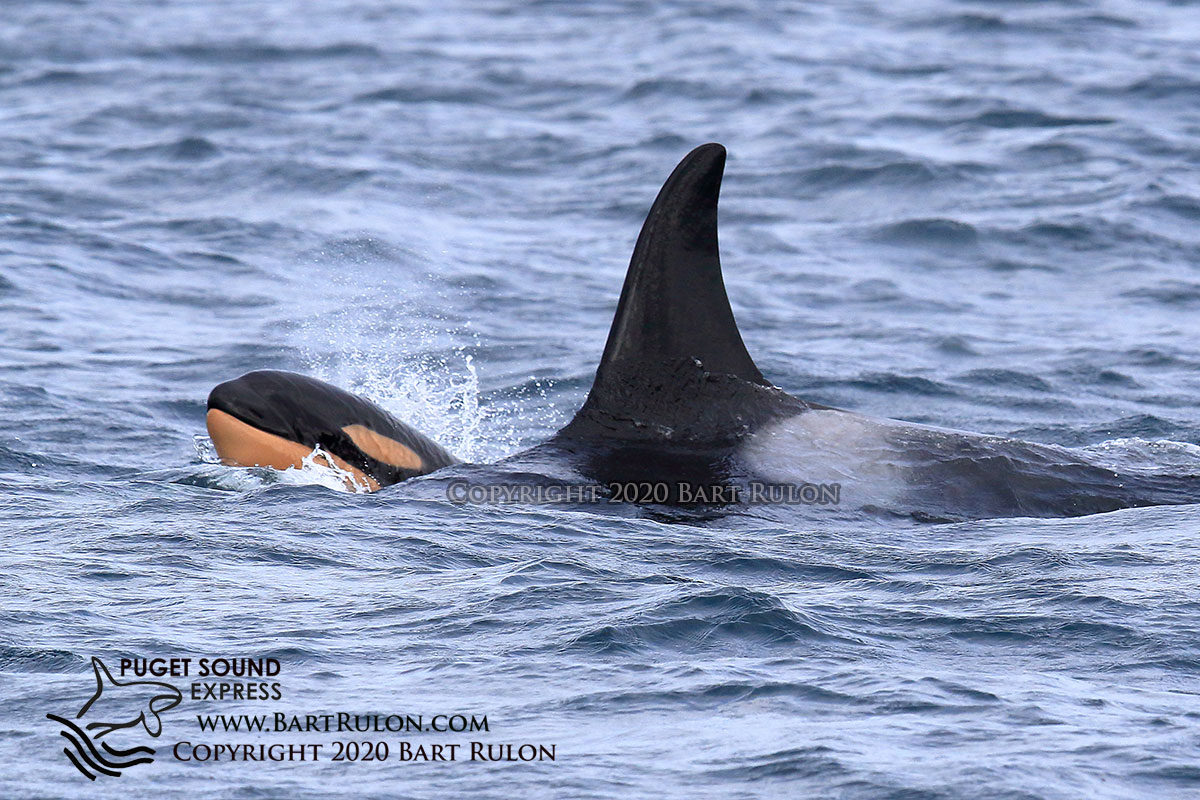 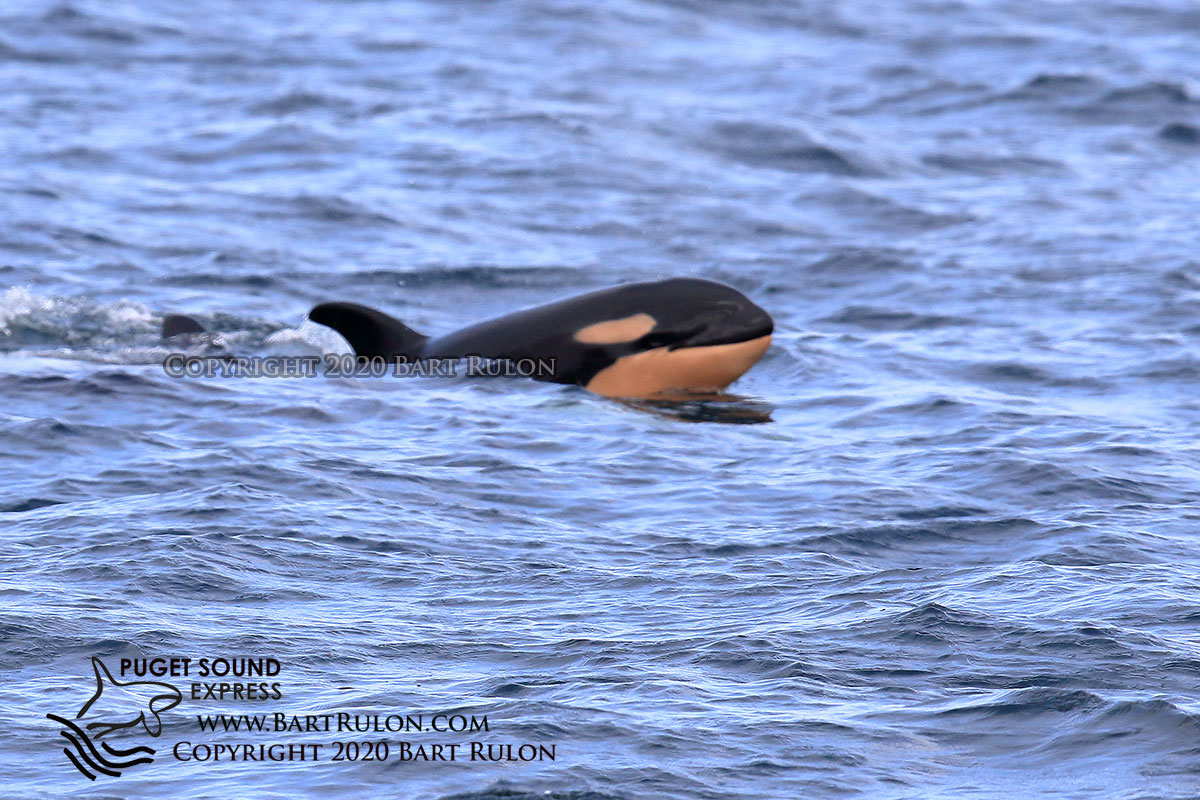 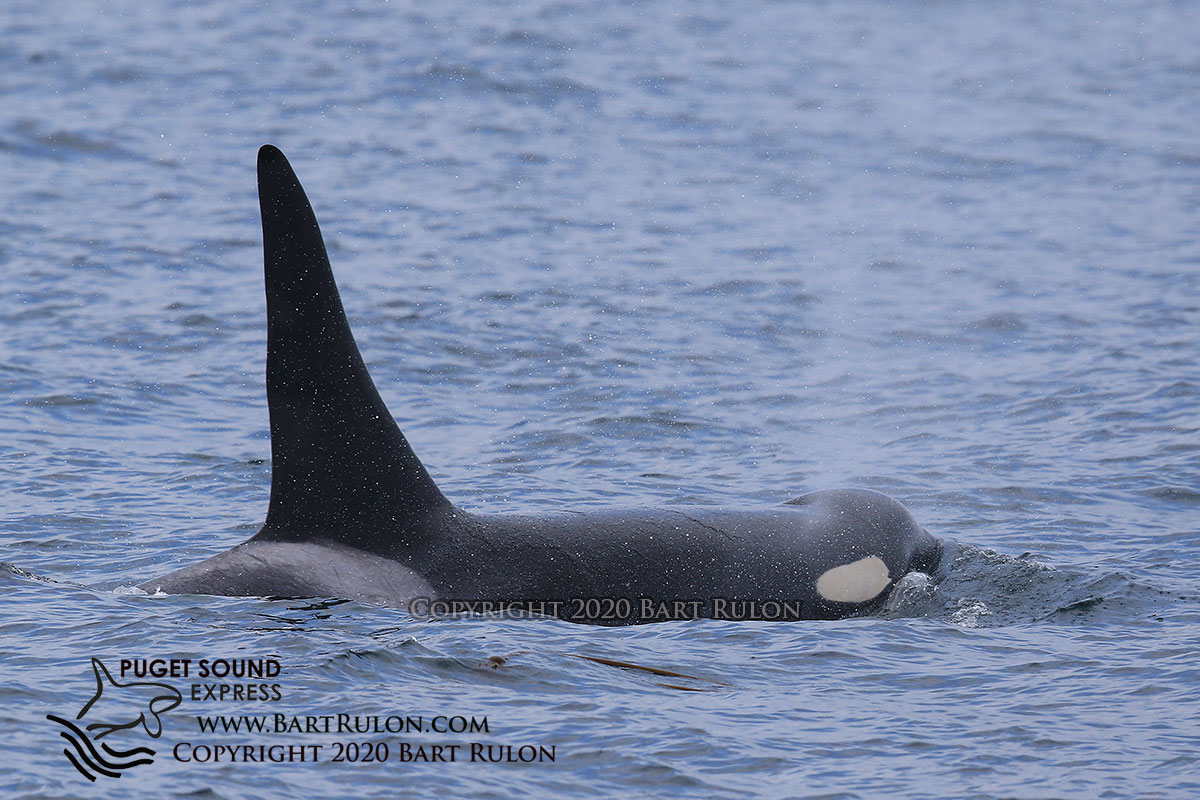