We had the perfect ending to a fantastic day of watching three pods of transient killer whales in Saratoga Passage on August 18, 2018.  The three families included the T100 pod, T34 pod, T37 & T37B pod.  These 11 orcas were swimming north and south through Saratoga Passage.

On the afternoon of the 18th the pods were grouped up very closely in a resting mode until they turned and aimed right towards Baby Island, at the mouth of Holmes Harbor, on Whidbey Island.  Baby Island is a local haul out for harbor seals.  After a long dive they surfaced and it was immediately obvious that they had caught something – most likely a seal or two.  All the killer whales circled around and started getting active and playful.

T100C, a 16 year old male, surprised us all when he exploded out of the water with a huge breach, and then he followed that up with two more in a row.  Each time he landed with his pectoral fins straight out from his body making it look like he was trying to fly!

What a finale to a fantastic day on the water with transient orcas on our newest boat, the Saratoga!  Naturalist, Bart Rulon

(At the bottom of this post is a terrific video taken by customer Allyson McKinney. Thank you Allyson!) 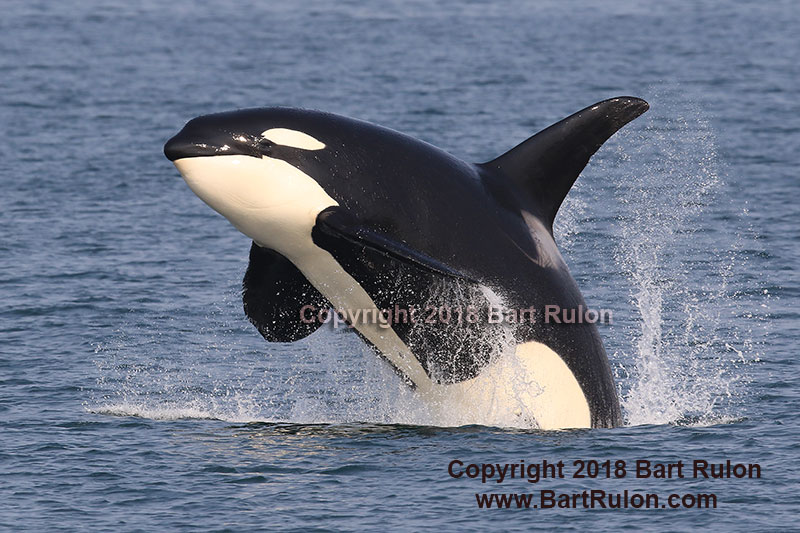 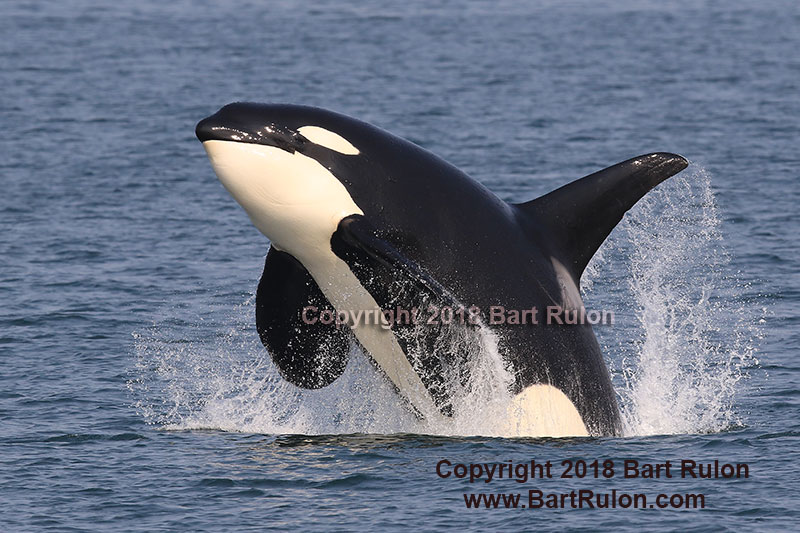 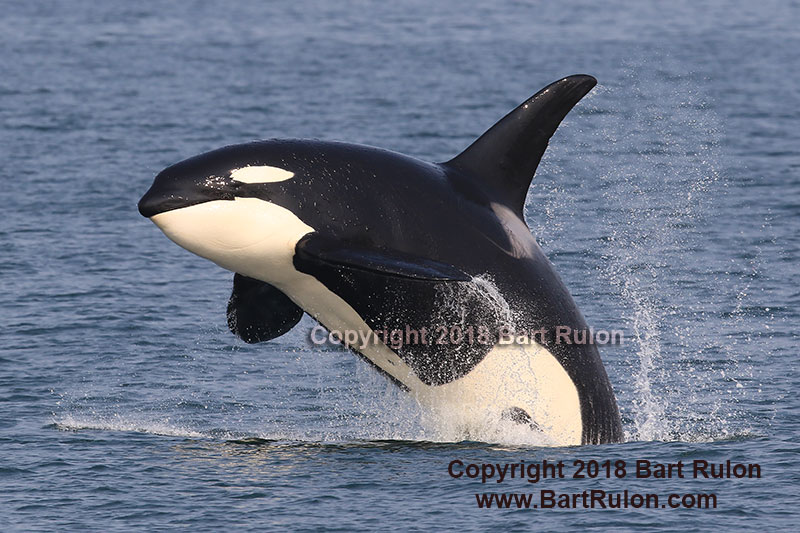 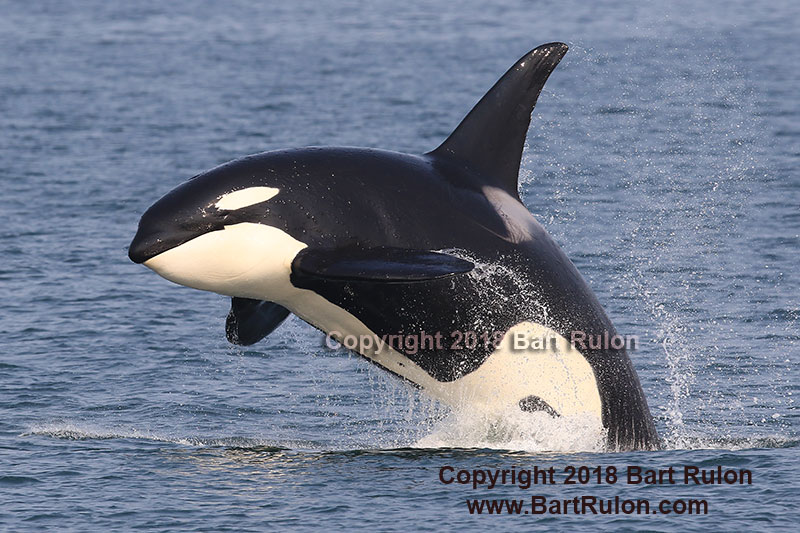 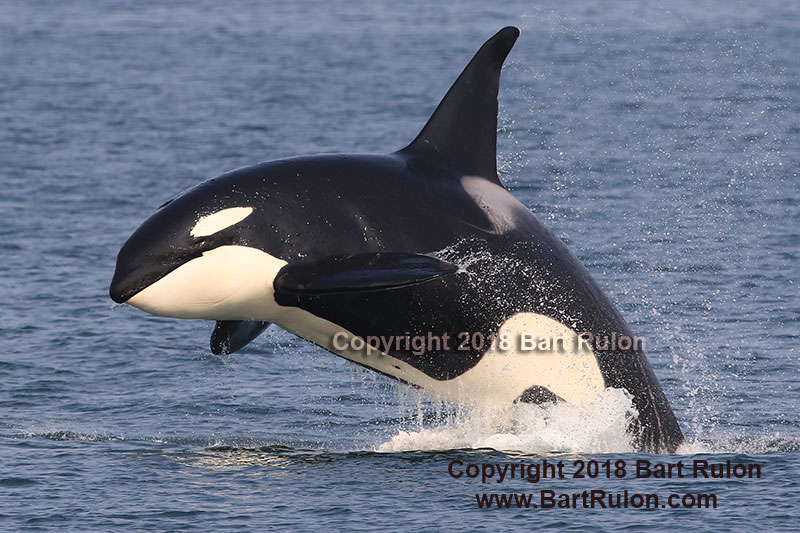 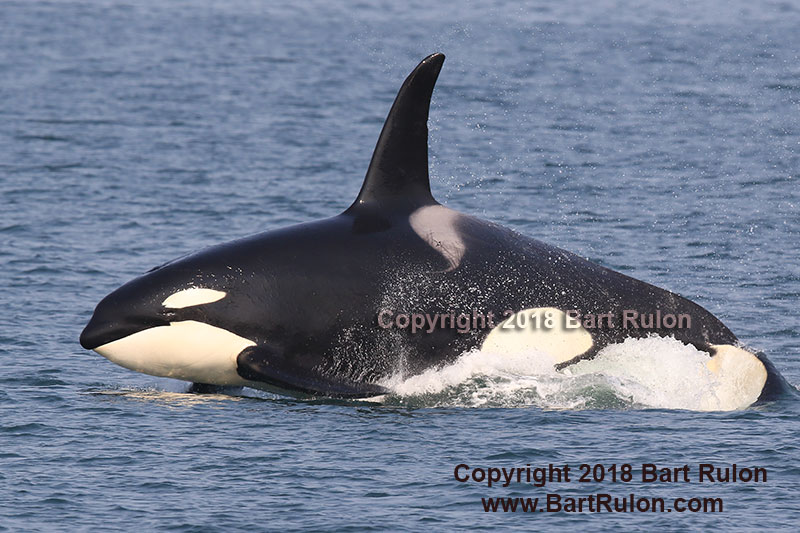 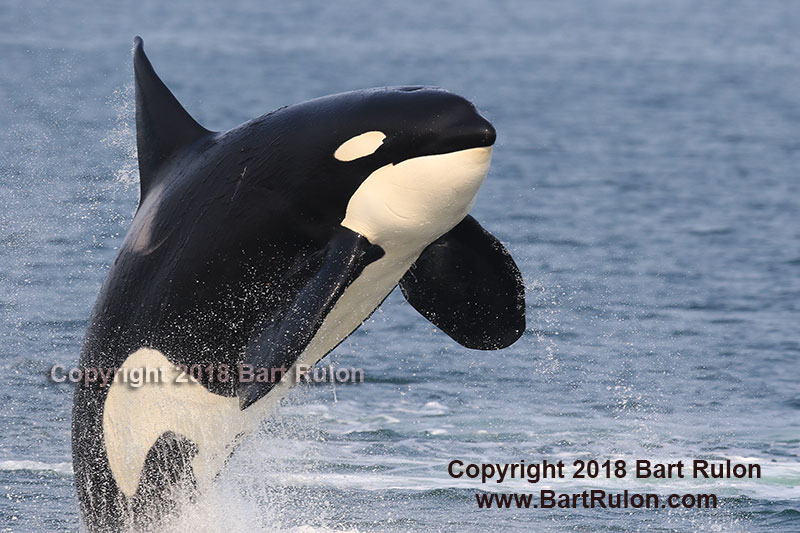 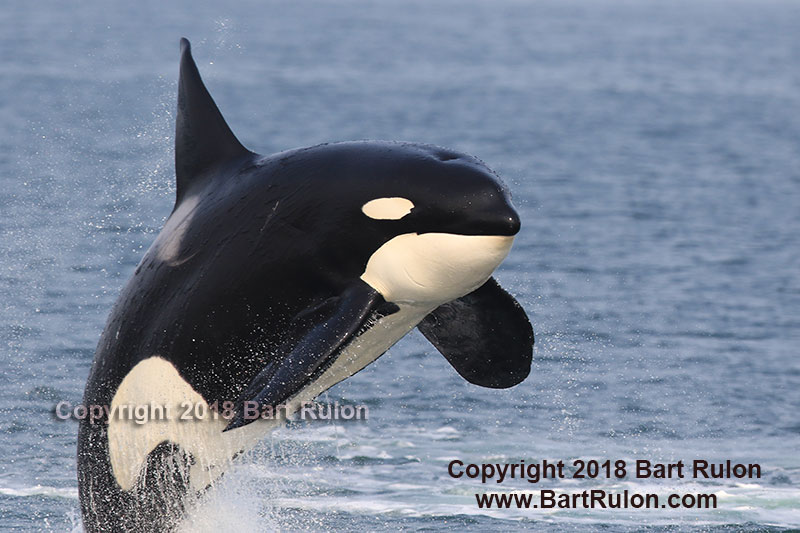 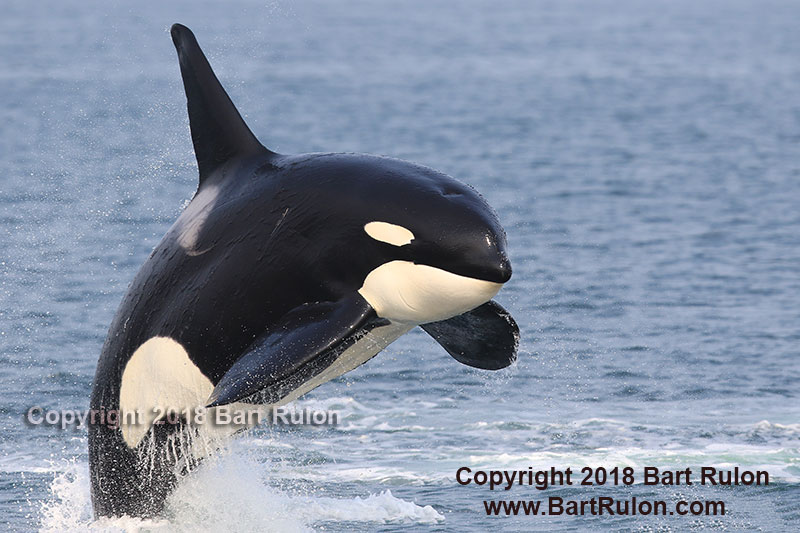 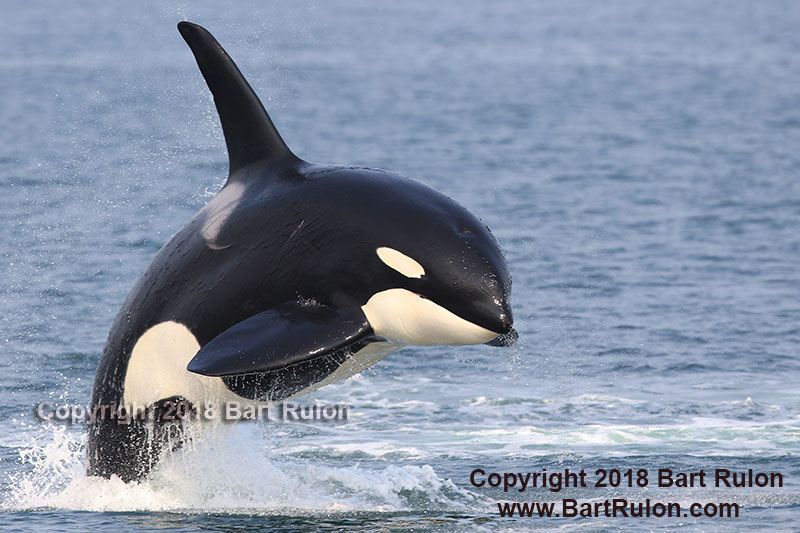 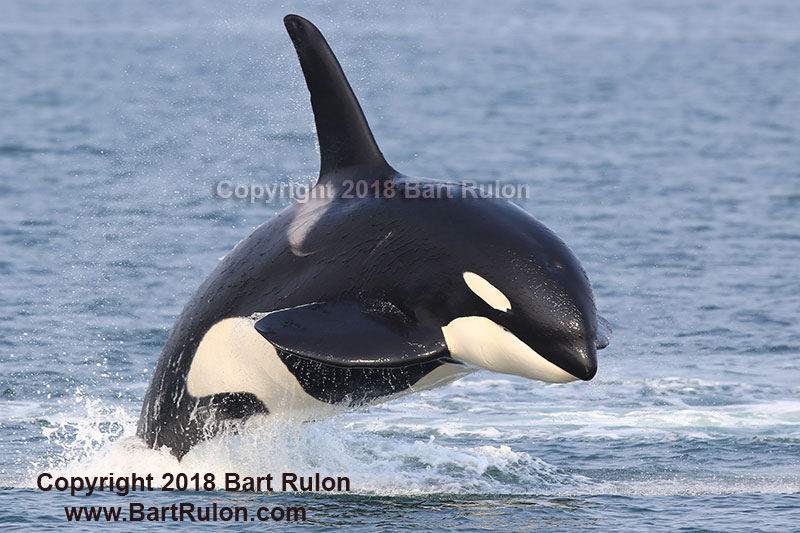 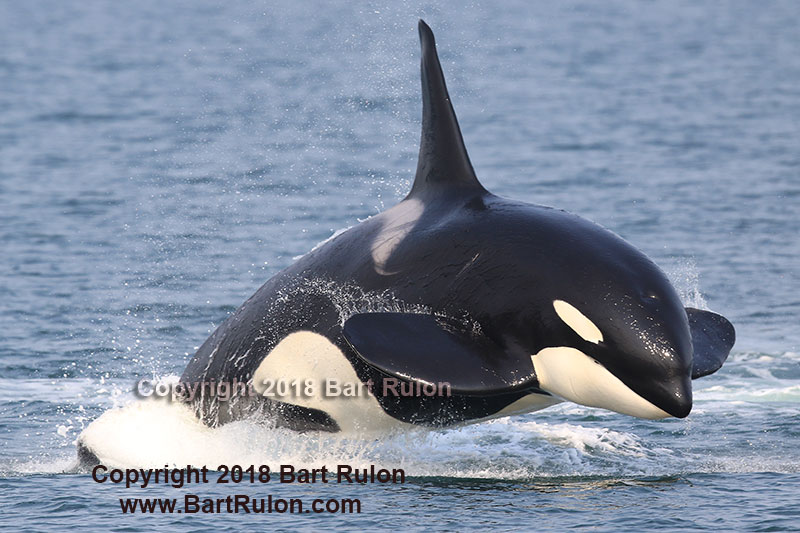 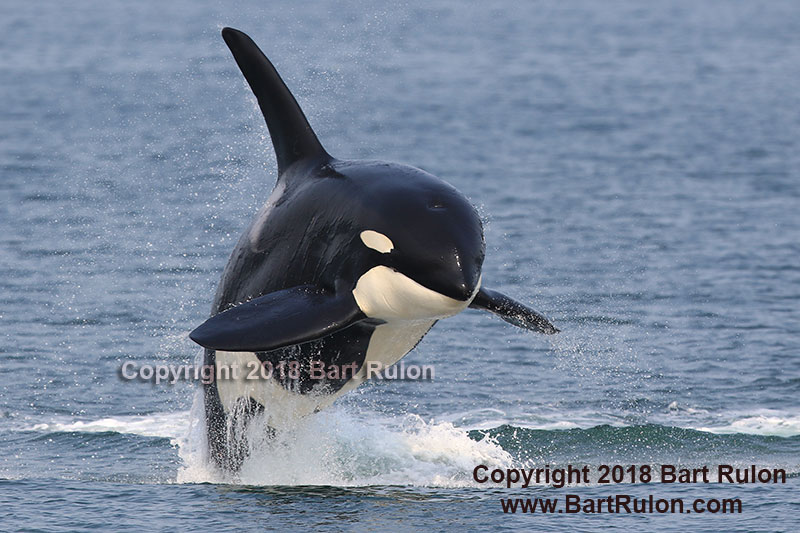 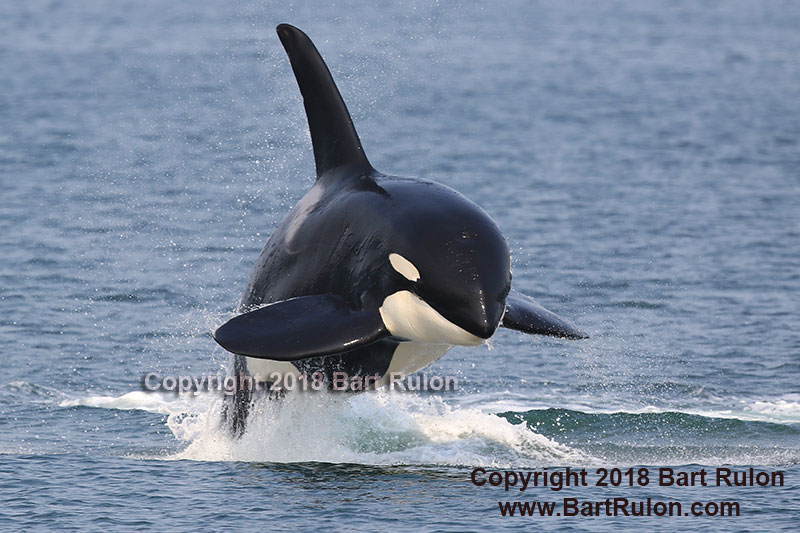 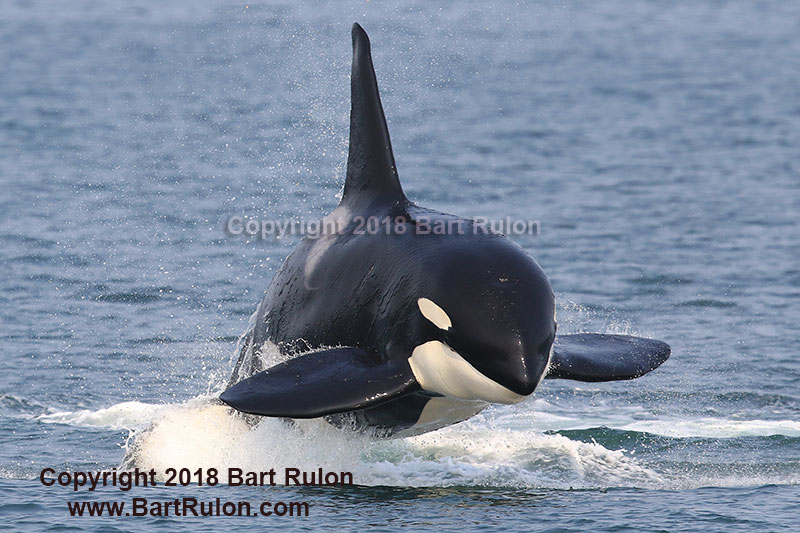 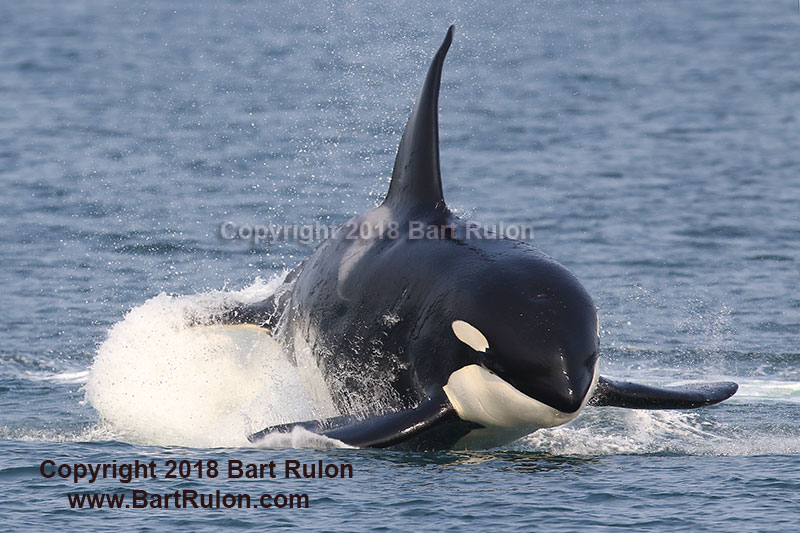 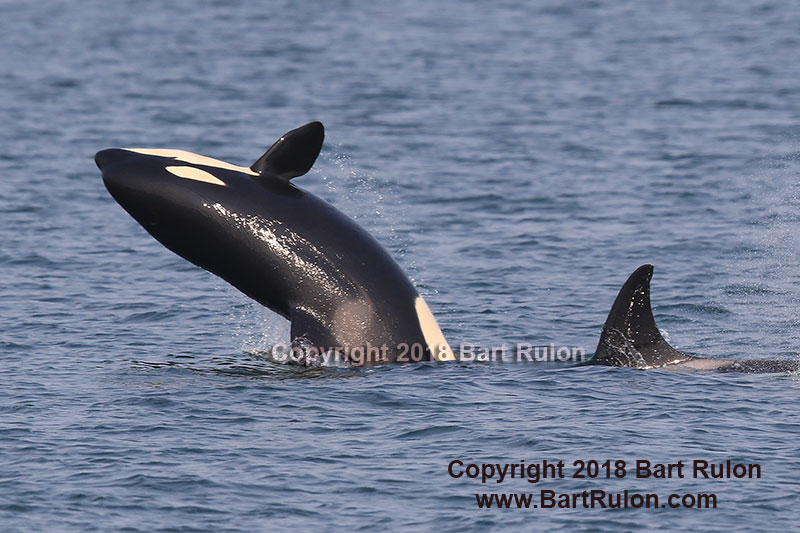 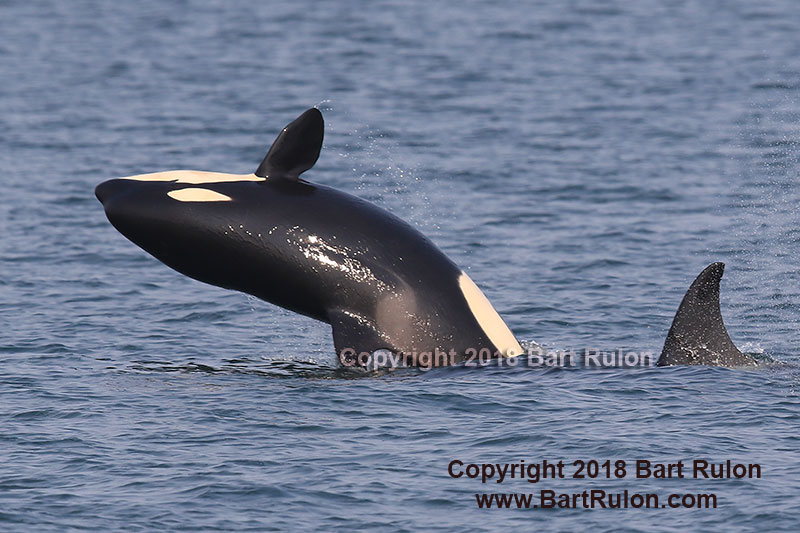