In partnership with the Port Townsend Marine Science Center

3 hours. Migration cruises are scheduled in the spring; puffin tours are in the summer.

Adult: $90
Become a PTMSC member to save on this cruise!

Just outside of Port Townsend is an amazing National Wildlife Refuge — Protection Island.

This 364-acre island is covered by grass and low brush, with a small timbered area, high sandy bluffs for seabird nesting, and low sand spits on two ends of the island. 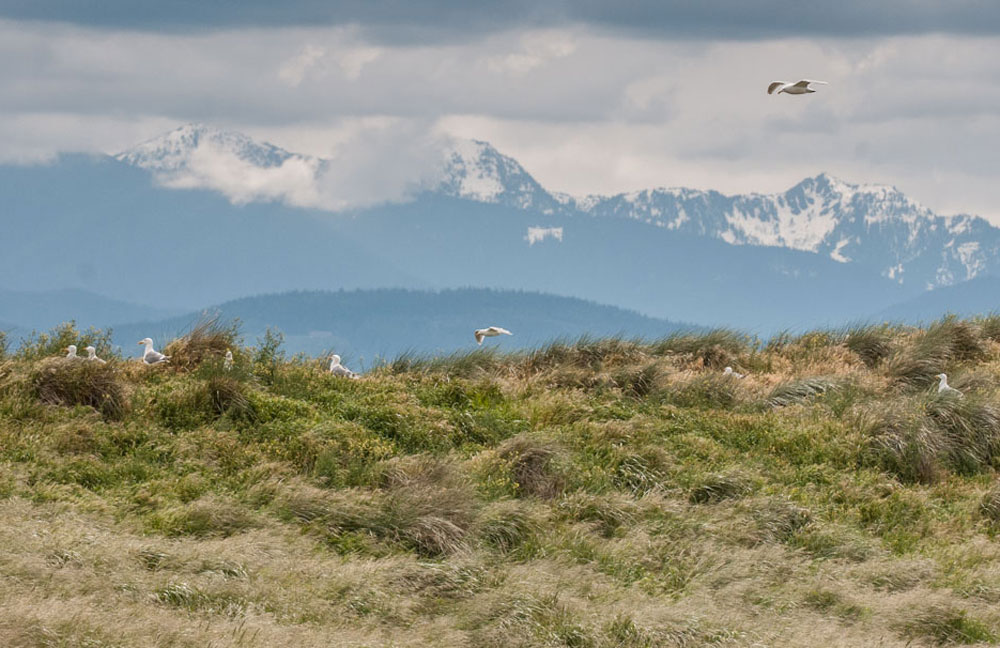 A special treat each summer is a chance to view tufted puffins.

As every birder knows, no guarantee can be made that they will be sighted on every outing, but chances are very good that they will be spotted especially on the south side of the island in the summer months. Like rhinoceros auklets, for which Protection Island is the major nesting site, the puffins use burrows in the cliffs and uplands to raise one or sometimes two chicks.

The chance to see them carrying many small fish at one time in their bills, or even swimming, flying, or diving, is exciting. 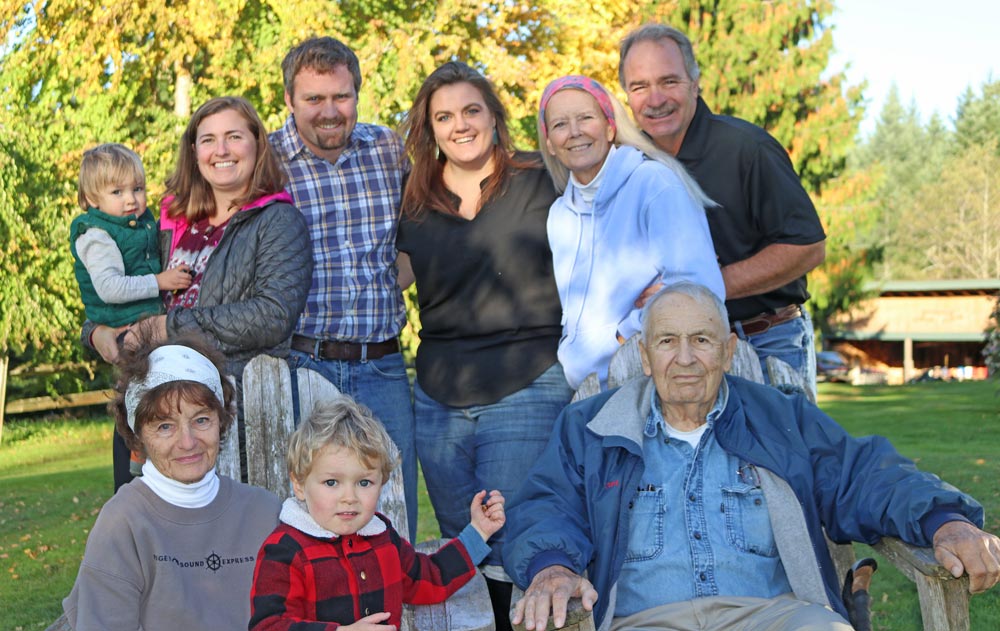 from our family to yours

Three generations of our family have helped visitors have life-changing experiences with some of the most majestic creatures on the planet. We’re blessed to live in what’s been called “the American Serengeti,” with some of the highest concentration of whales and dolphins and sea life anywhere in the world — including our totem species, the orca. Few people know these waters like we do. Welcome to the Salish Sea – enjoy! 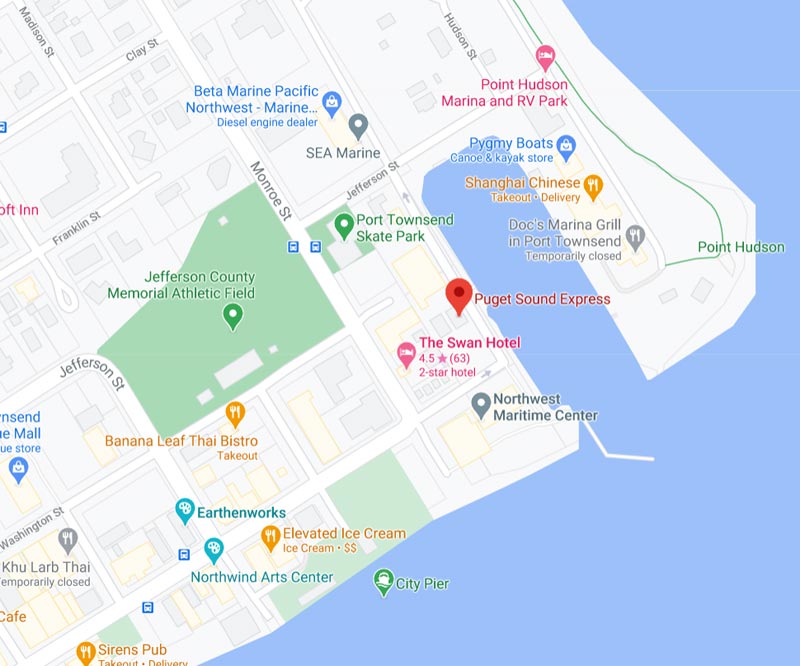 Our cancellation policy is 48 hours prior to a tour’s departure time. A tour is confirmed when a confirmation email has been received OR payment has been processed. Prior to 48 hours from departure, any cancellation of a confirmed reservation is fully refundable, less a $10 processing fee. Inside of 48 hours to departure, reservations are non-refundable. This includes all tours booked online within 48 hours of departure.

Where do Port Townsend tours depart from?

We are located in downtown Port Townsend at the Point Hudson marina.

Passengers must be checked-in no later than 30 minutes prior to sailing. Boarding closes 15 minutes before departure. If you are traveling from out of the area please bear in mind that ferries and bridge openings can make the trip slightly longer than map and GPS software might indicate!

Limited parking is available next to our office in a paid lot. It is $10/day and there is a cash box (old school) at the entrance to the parking lot. Park in a numbered spot and put your cash in the number you parked at for the day. The spot is available all day and night so feel free to leave your car there after the tour to go shopping or out to lunch/dinner. There are only 11 of these spots available, so these fill up fast.

A free parking lot is available 2.5 blocks north of our office. As you drive by the office, feel free to pull over, let families, children or elderly out to wait while the driver parks the vehicle. They can also check in while the driver is parking. Continue past our office to the first STOP sign. Go STRAIGHT on the road and continue past all the vessels hauled out until you reach pavement again. At that point look for a Puget Sound Express parking sign or “event parking” on your right. Park anywhere in that lot that is not previously reserved.

Stay up to date on the latest happenings on the water!